The Israeli Health Ministry is recommending approval of the COVID-19 vaccine for infants and young children ages six months to five years old.

The decision was reached Thursday in a unanimous vote by the ministry’s advisory panel on infectious diseases.


Health Ministry Director-General Nachman Ash must still approve the decision before injections can be administered to the babies.

There were some differences in how panel members felt about the specifics of the inoculation campaign, however.

The US Food and Drug Administration (FDA) approved the vaccine (Pfizer-BioNTech and Moderna) earlier this month for children ages five years and younger.

The Pfizer dose for children is one-tenth of the adult dose. Three shots are needed, with the first two administered two weeks apart and the third a minimum of two months later. 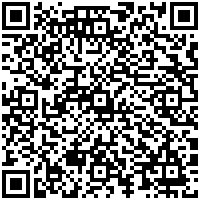