Israel’s Health Ministry announced Thursday afternoon that follow up evaluations and tests of the sewage in the coastal city of Ashkelon to detect latent COVID-19 has revealed signs that the Delta variant of the coronavirus has arrived there as well.

The findings are raising concerns that residents in Ashkelon may be infected with the highly contagious and potentially lethal Delta variant of the virus.


Residents in Ashkelon suffering from one or more of the following symptoms is asked to “come and be tested as soon as possible, to prevent an outbreak in the city.”

Coronavirus Czar Professor Nachman Ash told reporters earlier in the day that the Israeli public will likely be wearing masks indoors again by next week.

“We are close to returning to the requirement to wear masks in closed spaces,” Ash said. “I recommend doing so now.”

The reinstated government Coronavirus Cabinet is to convene for the first time this coming Sunday evening at the Prime Minister’s Office, according to a report by Israeli public broadcaster Kan News.

The meeting comes against the backdrop of a rapidly rising number of COVID-19 cases this week in the Jewish State.

The community of Binyamina, where the current outbreak started, has been declared a “red city” due to the ongoing rise in cases there.

“The outbreak which began in Binyamina and Modi’in is spreading to other places,” Ash said, noting the rising numbers are also now seen in Kfar Saba, Ramla and Herzliya, as well as elsewhere.

“The task of all of us is to control the outbreak and reduce the morbidity to a minimum. It doesn’t matter if you’ve been vaccinated or not,” he added.

Thursday was the fourth day in a row in which more than 100 cases of the virus were diagnosed per day, with the Health Ministry reporting by 7 pm that 169 new cases of the virus had been identified since midnight, even higher than the 138 newly diagnosed cases reported on Wednesday out of 42,993 test results – the highest numbers of new cases diagnosed in one day since April.

By 7 pm Thursday, another 169 new cases of coronavirus were reported. Of those, 26 patients are listed in serious and critical condition, including 18 people on life support, with respirators.
The Israeli death toll from the virus has reached 6,429.

On the positive side, 5,153,966 Israelis have been fully vaccinated with both doses of the Pfizer BioNTech coronavirus vaccine.

A total of 5,517,209 Israelis have received at least one dose of the vaccine.

“The quarantine violators are a problem for all of us,” Ash noted. This is the way the disease is spreading now and how variants are entering the country.”

The Health Ministry said a new campaign to encourage vaccination of teenagers ages 12 to 16 was being launched on television and digital media Thursday night.

“Due to the increase in coronavirus morbidity among young people, the pandemic could break out again [in Israel]. Therefore, the Ministry of Health is recommending vaccinating boys and girls ages 12 and up.

“I vaccinated my children. They are protected. Protect your children. Go get vaccinated,” he adds.

At present all vaccines being stored in Israel are due to expire at the end of next month; hence Prime Minister Naftali Bennett’s appeal to Israelis to get themselves and their children vaccinated by July 9 – to ensure there will be enough valid doses to be fully inoculated. 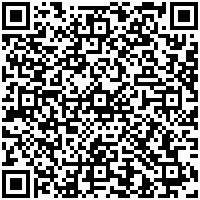