The Magen David Adom (MDA) emergency medical service publicizes its coronavirus rapid antigen testing service throughout Israel; all the HMOs make referrals to the agency, as do other medical clinics.

“To order a test by phone, call *3101 You can make an appointment online,” MDA claims.


But it’s bunk, in more than one location around the country, particularly in lower income areas and those in the periphery, where the situation is markedly different.

Those seeking coronavirus tests are forced to wait outside, regardless of the weather — and appointments are completely disregarded in some places.

In the city of Or Yehuda, those seeking coronavirus tests were forced to stand in the rain on Sunday, with temperatures that had plunged to the single digits (celsius) (below).

In the small northern Negev city of Arad, where at least one HMO offers PCR tests only once or twice a week, on certain days at certain times, those who cannot wait to learn their status are instead referred to MDA, at least to receive a rapid antigen test.

In Arad on Sunday afternoon, residents also stood miserably in the frigid rain waiting in line to enter a large theater building where the local branch of Magen David Adom had set up its rapid coronavirus antigen testing site.

It wasn’t clear why those waiting could not wait indoors, out of the bad weather.

Those running the site were apparently also completely disconnected from the national network where appointments were set and confirmed online.

After following directions and setting an appointment via the MDA “SMS system”, JewishPress.com discovered the entire appointment process was a waste of time.

Instead, the staffer said to get in line and just wait – in the near-freezing temperatures that were dropping even further along with the rain as the afternoon waned.

Those waiting in the line with stoicism included three mothers with babies in their carriages.

It was not clear whether any of those waiting suffered with coronavirus or other symptoms or were there to double-check their status after exposure to someone already infected with the virus.

But what is abundantly clear is the reality that forcing potentially sick people, young children and babies, to stand in the freezing cold and rain can only further exacerbate any health problems they already have.

A spokesperson for Magen David Adom reached by JewishPress.com acknowledged the reality of the “unfortunate” situation but could not promise it would be remedied. 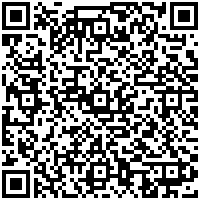