Israel’s Health Ministry confirmed Tuesday in a report there is a link between the COVID-19 vaccine developed by Pfizer and BioNTech and a heart condition called “myocarditis”.

More than 200 cases of the heart muscle inflammation – which requires hospitalization — appear to have been caused by the coronavirus vaccine, most of them among teenage boys ages 16 to 19 and young men up to age 30.

According to the report, the highest number of cases were found among teenage males. Ninety percent of the cases diagnosed among Israelis appeared in men. Although myocarditis is normally more common among young men, the rate among those vaccinated was somewhere between 5 and 25 times the background rate.

Two cases of fatal myocarditis have also been reported in Israel, but the panel says investigations of those deaths were inconclusive; one patient may have had a more generalized inflammatory syndrome, and the other diagnosis was “not verified,” the ministry reported.

In January of this year, the Health Ministry assembled a panel led by Hadassah University Medical Center Internal Medicine department chief, Dror Mevorach. The panel identified 110 myocarditis cases among 5 million Israelis who received both doses of the Pfizer BioNTech vaccine in the month prior to diagnosis.

“That translates to about 1 in 50,000 vaccine recipients,” noted ScienceMag, “a number that isn’t concerning given the background rate of myocarditis in the general population, where it is typically triggered by viral or bacterial infections, including COVID-19.

“There is a probable link between receiving the second dose of the vaccine and the appearance of myocarditis among men aged 16 to 30,” the Health Ministry report reads in part.

Similar Investigation and Findings in US
The US Department of Defense began in April to track 14 similar cases.

By mid-May, The US Centers for Disease Control and Prevention also began investigating cases of myocarditis to determine whether there was a link with the vaccine.

Officials at the European Medicines Agency said on May 28 that they had received 107 reports of myocarditis after the Pfizer BioNTech vaccine, which translates to 1 in 175,000 doses of vaccine administered.

However, as ScienceMag points out, “relatively few people under age 30 have been vaccinated in Europe.”

The US and Canada began vaccinating children as young as 12 in mid-May.

Israel to Begin Vaccination for Ages 12 to 15
Israel is set to begin vaccinations for children ages 12 to 15, albeit only those at medical risk for coronavirus, and/or those who are living with people who have medical risks due to the virus or will be traveling internationally.

Any teen whose parents are adamant about inoculation, however, will be able to receive the vaccine.

While the Health Ministry prepares to inoculate young teens with serious health issues, the IDF Home Front Command has decided to close its coronavirus testing stations due to the decrease in morbidity.

All tests for symptomatic patients and verified contacts will be carried out henceforth at HMO clinics (Kupat Holim). Foreign workers and others without membership in a kupat holim will be able to access coronavirus testing at Bikur Rofeh clinics.

Health In Our Time 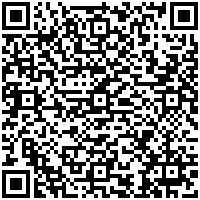