The Pfizer pharmaceutical giant has held up a shipment of 700,000 doses of its coronavirus vaccine that were expected to arrive Sunday in Israel, citing lack of payment.

According to a report by The Jerusalem Post, Israel failed to transfer payment for the last 2.5 million doses that have already been supplied under the initial agreement signed last November.


Israel has, however, already paid NIS 2.6 billion ($785 million) for the first 10 million doses of the vaccine that were received. The additional 2.5 million doses were supplied pursuant to an agreement made between Prime Minister Benjamin Netanyahu and company CEO Albert Bourla, after Israel ran short of the vaccine in February, but were not yet paid for, according to the Post.

The company said in a statement that it is “currently working with the Israeli government to update the agreement, to supply additional vaccines to the country. While this work continues, shipments may be adjusted.”

Pfizer reportedly cited concerns that an Israeli government-in-transition will not make good on its agreement to pay for the doses already delivered.

In discussing the matter, the officials at the pharmaceutical firm allegedly called Israel a “banana republic,” according to a report broadcast by Israel’s Galei Tzahal Army Radio. 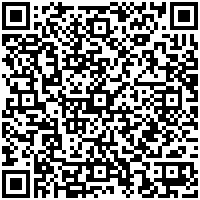