Patients in their 30s and 40s with mild symptoms of the COVID-19 coronavirus, some with no symptoms at all, are dying. They’re suddenly felled by heart attacks and strokes coming out of the blue, according to reports by doctors around the world who are now linking the deadly virus to a new symptom: system-wide blood clots.

According to a study published April 20 in The Lancet, the cause of these sudden events may stem from an attack by the virus on the lining of the blood vessels throughout the body’s vascular system.

The study, Endothelial cell infection and endotheliitis in COVID-19, found that the virus infects the body “using the angiotensin converting enzyme 2 (ACE2) receptor, which is expressed in several organs, including the lung, heart, kidney, and intestine. ACE2 receptors are also expressed by endothelial cells.”

The researchers wrote they were able to demonstrate endothelial cell involvement across vascular beds of different organs in a series of patients with COVID-19.

One of the authors of the study, Frank Ruschitzka, told the South China Morning Post, “This virus does not only attack the lungs, it attacks the vessels everywhere. . . It enters the endothelium [layer of cells], which is the defense line of the blood vessels. So it brings your own defense down and causes problems in microcirculation.”

The study also explains why smokers and those with weakened vascular systems were more vulnerable to the virus, said Ruschitzka, who is chairman of the heart center and cardiology department at University Hospital Zurich.

Dr. J. Mocco had seen 32 stroke patients with large blood blockages in the brain in a three-week period beginning in mid-March – double the usual number, half testing positive for COVID-19 and five of whom were unusually young with no obvious risk factors to boot. Dr. Hooman Poor, a lung specialist at the hospital had worked the late shift one night with 14 patients on ventilators – but the readings didn’t make sense, and the lungs were not stiff as they would be in pneumonia. Blood wasn’t circulating freely through the lungs as it should be. That night, Poor ran into a nephrologist who said the dialysis catheters were getting blocked with clots. And Poor told him it was funny he had mentioned it, because he felt “all these patients have blood clots in their lungs.”

Hospital president Dr. David Reich told Poor about the surge in strokes that Mocco had seen, and recommended the two team up. Team meetings led to contacts with other doctors around the country as well, as the search for effective treatments began.

At Mount Sinai, COVID-19 patients in the ICU are being given high doses of heparin, a blood thinner used to dissolve clots, even before any clots are detected.

Whether either or both treatments will work, and how effective they will be, remains to be seen.

COVID Attacks the Epithelium
There is still the question of what is causing the system-wide clotting; and that is an issue that is being confronted by other physicians, including Cameron Kyle-Sidell, an Emergency Medicine and critical care physician at Maimonides Medical Center in Brooklyn, New York, who uploaded a video on April 18 to propose a theory that the COVID-19 coronavirus may be causing a diffusion hypoxemia, “triggering maladaptive pulmonary vasoconstrictive responses.”

Kyle-Sidell points out that doctors these days often find themselves encountering a weird scene: “I’m talking about the patients before they’re intubated . . . the patient that’s sitting there on high-flow, of 80 or 90 percent saturating 89, asking me for a sandwich or they don’t seem to be hungry, or who’s just talking to you but they don’t seem to be overtly short of breath. . . they go through these periodic cycles of breathing, but . . . What is going on with them? None of it necessarily seems to fit.”

But Kyle-Sidell isn’t the only one facing this scene.

Dr. Richard Levitan, an emergency medicine physician with 30 years’ experience who volunteered to spend 10 days at Bellevue Hospital in New York City (where he trained), wrote in an op-ed for The New York Times this week that he, too, has been seeing patients whose lungs are filled with fluid or pus – but who weren’t struggling to breathe until the moment they arrived at the hospital, usually by then in critical condition and sometimes even then unaware they were infected with COVID-19.

“Here is what really surprised us,” Levitan wrote. “These patients did not report any sensation of breathing problems, even though their chest X-rays showed diffuse pneumonia and their oxygen was below normal. How could this be?”

‘It’s A Little Shocking …They Shouldn’t Have It’
Moving through the various possibilities, Kyle-Sidell explains why each doesn’t fit. “These patients that are on high-flow are on 90 percent, they’re saturating at 89, and if I take off their oxygen, they’re going de-sat down to the 20s within minutes!” he declares. “So they are responding to oxygen. And so what I am proposing . . . what we are staring at in our patients is something we would have considered impossible, alright? Let’s say it is a diffusion problem, and this is something we. never. see.

“Now, carbon dioxide is about 20 times more diffusible than oxygen so they’re not having problems of diffusing the CO2. But it does seem to work if they’re having a progressive edematous state of the alveolar capillary complex – it is possible over time, over five days, ten days, 14 days, they’re having increasing problems of diffusion. . . This would have major clinical implications; what would make this worse? Anything that increased your transit time through these areas.

“Sometimes it’s a little shocking that we can say humans can have a maladaptive hypoxemic pulmonary vasoconstrictive response in some situations and yet in this situation they shouldn’t have it.

“[But] I am telling you that we are having patients that are dropped off at the door saturating low and before we can get them into the resus room they are going bradycardic and we are seeing pink frothy sputum coming out of their mouth. That is just not something you know that can be denied. And we’ve had multiple of those patients and we’re really, we’re rushing them in and we’re seeing them before we intubate them, we’re seeing pink frothy sputum come out that looks exactly like pulmonary edema so it’s just hard for me to believe – for someone to convince me – that pulmonary edema is not part of the end stage of this disease.

“So I would just like people to think – to open their eyes to the possibility – to prove it or to disprove it – that this could possibly be a problem of progressive hypoxemic diffusion leading to eventually a maladaptive hypoxemic pulmonary vasoconstrictive response, leading to regional pulmonary edema, which is then eventually leading to death unless we intervene. And if this is a model that is right … then we can develop therapies and we can try to treat these patients the best that we can and try to get the best outcomes for them.

Are Red Eyes a New Symptom?
As if all of the above might not be enough, another “new” symptom has also emerged: information that the virus infects the eyes and is retained in the ocular fluid for as long a period as three weeks in some cases.

The earliest report of “red eyes” as a symptom of COVID-19 come from China, as have many of the other early reports of unusual symptoms that were largely ignored. But this time, it really is too early to know whether this one is a symptom, or just the stress from another virus, or an allergy, or just plain exhaustion.

Italy’s first confirmed COVID-19 case was a 65-year-old woman who had traveled from Wuhan on January 23, according to a research letter that was published in the Annals of Internal Medicine. She was admitted to the hospital on January 29.

The symptoms, which began the day before her arrival, included a dry cough, a sore throat, inflamed nasal cavity and conjunctivitis in both her eyes. On day four she developed a low grade fever and became nauseous as well, and a test confirmed the diagnosis of COVID-19. The virus was found to be present in her eye following a swab taken from her eye on the third day, and a swab taken daily continued to confirm the finding until day 21.

“We found that ocular fluids from SARS-CoV-2-infected patients may contain infectious virus, and hence may be a potential source of infection. These findings highlight the importance of control measures, such as avoiding touching the nose, mouth, and eyes and frequent hand washing,” the researchers wrote.

“A related implication is the importance of appropriate use of personal protective equipment for ophthalmologists during clinical examination, because ocular mucosa may be not only a site of virus entry but also a source of contagion. Furthermore, we observed that ocular involvement of SARS-CoV-2 may occur early in the COVID-19 course, suggesting that measures to prevent transmission via this route must be implemented as early as possible.”

Red eyes can of course be a sign of many other illnesses and conditions, such as infection, allergies, and of course other viruses. A number of doctors add the cautionary note that many viruses which cause conjunctivitis are also currently circulating. And many people suffering from COVID-19 also have another virus.

“The amount of coinfection varies from report to report, but has been as high as half in some cases,” said Dr. Sean T. O’Leary, associate professor of pediatrics at the University of Colorado Denver Anschutz Medical Campus who spoke in an interview with Newsweek.

“So, for example, it may be that patients described had both COVID-19 and another virus known to cause red eyes. It’s difficult to know. To my knowledge, there have been no reports of red eyes or conjunctivitis as the first symptom or only symptom of COVID-19.”

New Study Identifies Cells Likely Targeted by COVID Virus
Researchers at MIT and Harvard, along with colleagues from around the world have identified the types of cells they say could be targets of the COVID-19 coronavirus.

Using existing data on the RNA found in different types of cells, the researchers searched for cells that express the two proteins that help the SARS-CoV-19 virus enter human cells.

They found subsets of cells in the lung, the nasal passages, and the intestine that express RNA for both of these proteins much more than other cells. The researchers said they hope their findings will help guide scientists who are working on developing new drug treatments or testing existing drugs that could be repurposed for treating Covid-19.

Alex K. Shalek, the Pfizer-Laubach Career Development Associate Professor of Chemistry and Jose Ordovas-Montanes, a former MIT postdoc who now runs his own lab at Boston Children’s Hospital, are the senior authors of the study, which appeared April 22 in the journal Cell. 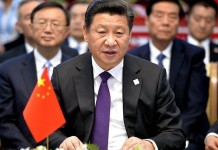 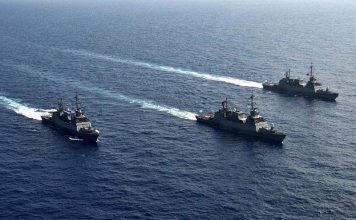 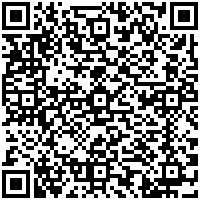