In the week since it was launched, the Seabulance saved a man who suffered a severe allergic reaction, a man who became ill while swimming, a wind surfer who was in distress, and a young woman who was injured on a boat in the Kinneret. The Seabulance also assisted in the rescue of a grandfather and his grandchildren whose boat malfunctioned in the middle of the lake. In another case, MDA EMTs and paramedics assisted the marine police patrol boat in searching for a man who appeared to be drowning in the Kinneret near the segregated beach in Tiberias.

The MDA Seabulance enables paramedics to arrive with advanced medical equipment to assist patients while they are still in the water, thus saving critical minutes, when normally the victim receives medical treatment only after they reach the shore.

Last summer, MDA medics and paramedics treated 162 people who had been rescued from the sea on beaches around the country, including seven who drowned on the shores of the Kinneret. Which is why MDA launched the Seabulance.

The Seabulance Whale r500 professional, which is resistant to damage from rocks and vegetation, reaches a speed of up to 35 knots (more than 40 mph), and can pass from one side of the Kinneret to the other in just 10 minutes. The boat, designed to carry six passengers, carries a defibrillator, ventilation equipment, and a stretcher.

“On the Seabulance, several people can be treated at the same time, with medical equipment similar to that on an MICU,” said Gil Moshkowitz, MDA deputy Director General-Operations. “Two to three crew members work every shift: medics and paramedics and a sailor, most of them MDA volunteers from the Jordan Valley.” 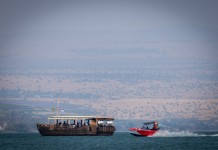 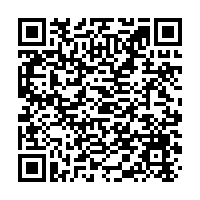