Twelve years ago, Yaakov Bar Yochai, a resident of Sderot who is active in assisting those in need in the city no matter what time of day or night, was involved in a water ski accident in Eilat that left him unconscious, not breathing and without a pulse. When he woke up in Yoseftal hospital a few days later, he didn’t remember anything about the accident. He was told that he had been saved by EMS personnel and that the first person to reach him and begin CPR on him was a volunteer from United Hatzalah who arrived on an ambucycle.

As a result, sometime later, Bar Yochai started the first course for EMTs in his home town of Sderot and became a United Hatzalah volunteer first responder who himself has since saved many lives. But it always bothered him that he never found the person who saved his life. He called the head of the United Hatzalah Eilat chapter Yossi Gozlan who told him that at the time there was only one ambucycle in the city and that volunteer said he wasn’t the one who had saved Bar Yochai.


For years, Bar Yochai tried to find the volunteer who saved his life so that he could thank him. Twelve years after the incident, he finally found him. His name is Meir Hajbi and he currently lives in Rehovot.

The two men, now both United Hatzalah volunteers, met two weeks ago and shared their recollection of what had happened on that fateful day.

“When I responded to the emergency Yaakov was unconscious, not breathing and had no pulse. I was 24-years-old at the time, just after my wedding,” Meir recalled. “ I was at home cooking lunch, and my wife was supposed to be coming home, but was running a bit late. All of a sudden I received an alert on my beeper from United Hatzalah that a person had drowned on Kisuki Beach. I knew it well from educational trips that my wife and I organized. As soon as I got the alert, I ran downstairs, put on my helmet, grabbed my medical kit, and raced to the beach on my ambucycle. Then I waited. I was at the beginning of the dock when a boat pulled up. They were doing something but I couldn’t tell what. They pulled Yaakov from the boat and I checked his vital signs. He was completely unresponsive. I began CPR. I initiated compressions, provided assisted breathing, attached oxygen, used an Ambu bag valve mask, and everything else we know from our training.”

Hajbi continued, “An ambulance team arrived and attached him to a defibrillator and administered medications. We loaded him onto the ambulance, and it was only then that I recognized the man’s face. His brother studied with me in elementary school in Netivot. Their faces look alike. I asked the people who had accompanied him, ‘Is this man’s name Yaakov?’ They replied in the affirmative. As I closed the doors to the ambulance I began to pray as I always do whenever I administer CPR. This time, I prayed harder because it hit me close to home.”

“After the incident was over I returned home. I checked a few days later with the hospital and they said that the patient recovered and was going to be transferred to Soroka Hospital in Beer Sheva. That is when I basically put the story behind me and kept going with my normal life.”

“Twelve years later, I got a call, from the head of the Eilat chapter who is a friend of mine. He said: ‘Tell me, do you recall this story?’ I replied: ‘Of course.’ Then I proceeded to tell him the details of the story. He told me, ‘Listen, the guy whose life you saved has been searching for you for a few years now. He put us on the phone together and we began sharing stories and connecting. He told me that he too was now in United Hatzalah and all that he has done. We made plans to meet, and when we did the world exploded. It was amazing to hear about all of the good that Yaakov has been doing with his life, how our families are connected, and how he is helping people in Sderot every day. To me, it felt like I did one small action and as a result, I built the Azrieli towers. I simply cannot explain the power of the emotions that flowed between us during that meeting.”

“I was one of the first 300 volunteers with United Hatzalah,” Hajbi recalled. “I helped Yaakov 12 years ago and forgot all about it. It was another emergency that I had responded to and another person I helped. It is nice to see that good deeds come back to help others and get passed on. Now Yaakov is a volunteer as well and has been saving lives for years all because of what happened that day. Knowing that is a great feeling.”

Bar Yochai recounted his efforts to find his savior: “When I decided to join United Hatzalah I knew that I had to find the EMT who saved me. I tried calling everyone I could to help me find him. People had difficulty because he had moved out of the chapter and no one seemed to recall who it was. We knew it was an ambucycle driver but there was only one of those in the city and that was the previous chapter head who had also moved on and he had confirmed that it wasn’t him. I tried again and again. Only recently did I find out that it was Meir. We grew up together in the same town, in Netivot. Our families know one another very well.”

Hajbi, a teacher, added, “I’ve always told my students, wherever I teach, that they need to go out and volunteer and help others. I tell them that they do one good deed today, and they have no idea what good will eventually come from it. I’ve now told all of them this story to drive my point home. I’m happy that a lot of them listen.”

Bar Yochai, an Air Force officer, concluded by explaining where he gets the drive to rush out to medical emergencies and leave his family even during his downtime when he is off duty. “People ask me all the time, where I find the energy and wherewithal to respond to emergencies when I am home with my family and away from my base. This is the answer. I got my life back as a miracle. A miracle conducted by God but carried out by Meir. It is my responsibility to give back and be a part of the miracle process to help others just as I was helped. If Meir had not found the time to respond then I wouldn’t be here. So now that I’ve lived through this story, I make the time to respond as well.” 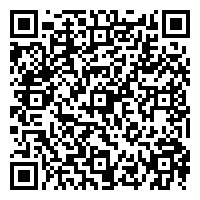