Last Shabbat morning just after 10, United Hatzalah volunteer EMT Avraham Farkash was walking to synagogue in his town of Ma’ale Hever when he was alerted by his communications device to a nearby medical emergency. He recognized the address – it was his neighbor’s home.

Turning around and running back toward his home Avraham grabbed a defibrillator from his car and made it to his neighbor’s home in under two minutes. The man, 50, had been suffering acute chest pains and called United Hatzalah’s Dispatch and Command Center, fearing he might be suffering a heart attack.


As Avraham was opening his neighbor’s door he witnessed the man collapsing right in front of him. After quickly checking his vitals, Avraham realized the man had suffered a cardiac arrest and was in the throes of ventricular fibrillation, a dangerous heart condition that if not treated quickly can be fatal.

Avraham wasted no time. He attached the defibrillator—which advised a shock. After administering a shock and performing many chest compressions, additional medical personnel arrived and joined in the CPR efforts.

Two minutes later, the man regained consciousness and spoke to Avraham, asking him to stop the compressions. Surprised by the man’s sudden recovery, Avraham stopped the compressions and asked his neighbor if he was feeling well. Avraham then proceeded to monitor that man’s condition for the next twenty-five minutes until a Mobile Intensive Care Unit ambulance arrived and transported the man to the hospital.

Before they left, Avraham briefed the crew on the very unique CPR he had just administered, and the victim thanked Avraham for saving his life.

“Before I moved to Ma’ale Hever, I lived in Mitzpe Yericho. There, a neighbor of mine donated a defibrillator to United Hatzalah intending to have me use it to save lives,” Avraham related. “Today, almost ten years later, before I got a chance to replace it out with a new device, my old defibrillator saved another life.”

“Ma’aleh Hever, like many other towns in this area, is quite far from the nearest ambulance station,” he continued. “What’s more, there are only three EMS volunteers in the entire town. I’ve used my defibrillator in many instances of cardiac arrest. Yesterday, when Shabbat ended, I called my old neighbor from Mitzpe Yericho and told him that the defibrillator he had donated just helped save another life. He was ecstatic to hear from me and to learn about the life he played a part in saving.” 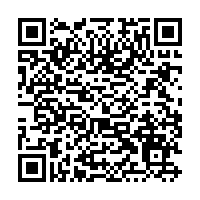