Mothers of newborns will receive explanations of the many health benefits of breastfeeding, and their babies will only be given formula if the mothers expressly request it, according to the new policy.  Immediately after birth, interested mothers will be eligible to receive lactation guidance from experts on site.

Under the new initiative, mothers will be offered the option of rooming with their newborns, and babies who are fed formula or water will have the amounts recorded in their medical charts.  Newborns who are nursing will also not be offered pacifiers.

The choice of two different formulas will also break the monopoly of formula companies which provide free formula to newborns in the hospital.  The new regulations will prohibit the distribution of formula, baby foods, teas, and baby bottles in the hospital, and will remove all advertisements for baby foods and formulas from hospitals, health clinics, and national well-baby (Tipat Chalav) clinics. 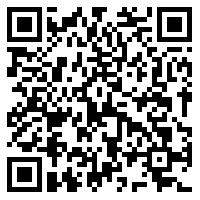