An Israeli hiker on Tuesday accidentally discovered a 3,500-year-old Egyptian seal in the hills of Lower Galilee in northern Israel.

While on a hiking trip with his children at the Karnei Hittin historic site, Amit Haklai noticed a conspicuous, white object amidst the black basalt rocks. On closer inspection, Haklai noticed that it was carved in the shape of a scarab (beetle) and was covered with several hieroglyphs. He reported the find to the Israel Antiquities Authority.


The seal was later inspected by Dr. Daphna Ben-Tor, curator of Egyptian archeology at the Israel Museum in Jerusalem. She identified the artifact as a 3,500-year-old sacred amulet popular in the ancient Egyptian empire, which included Galilee.

According to Dr. Ben-Tor, this particular seal is dedicated to Pharaoh Thutmose III, who reigned around the 15th century BCE and imposed Egyptian administrative rule over Canaan.

“The scarab held sacred cosmological meanings to the ancient Egyptians,” explained Dr. Ben-Tor, adding that “many such sacred scarab amulets were found around Israel, demonstrating the cultural, economic, and political Egyptian influence over Canaan during the Bronze Age.”

Karnei Hittin (Heb: Horns of Hattin), an extinct volcano with twin peaks overlooking the plains of Hattin in Lower Galilee, was the staging ground of the decisive battle when Saladin defeated the armies of the Crusaders in 1187, effectively ending the 200-year crusader rule in the Land of Israel.

“Despite the fact that the artifact was found on the surface and not in a dig, we can still link it to the existence of a military fort dating to the Late Bronze Age. While the fort was destroyed during the 13th century BCE, the remains of the fort mixed in with many later layers litter the site to this very day,” IAA archaeologist Yardena Alexander told Tazpit.

Amit Haklai received an official commendation from the IAA for discovering the artifact and, even more important, for handing it over to the IAA. 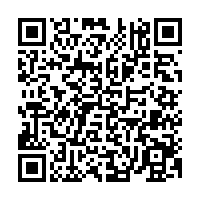