Many Muslims are convinced that during the month of Ramadan in 2022, which coincides with the Jewish month of Nissan and the Passover holiday this year, Israel will cease to exist.

A collection of Islamic mystic forecasts, Quran commentators, and a “prophecy” attributed to Hamas founder Ahmad Yassin, have many believing that the State of Israel has about a month to exist.

In his book, Jarrar presents a prediction that Israel will cease to exist in 2022, basing this prediction on a well-known Qur’anic verse that speaks of the end of days and the fate of the Jews in this period. He gives the verse “numerical interpretation” based on an old mathematical calculation system known as Hisāb alJummal, according to which the prophecy will be realized in 2022.

Jarrar draws his conclusions based on an examination of the number 19, a significant number in Islam, and its duplications in verses and words in the Qur’an, he also links these conclusions with a “legend or prophecy” attributed to a Jewish old woman according to which the State of Israel will exist for 76 years (19×4).

The number 19 proclaims the First Commandment in all the scriptures: that there is only one God. The number 19 in Islam is also the number of angels guarding Hell.

Sheikh Ahmad Yassin also believed that Israel’s end is near. According to him, in the first 25 of the 21st century, the balance of power will shift to the benefit of the Palestinian people and the Arab and Islamic nation, and this will lead to the victory and final disappearance of the “Hebrew state.”

Yassin refused to say that his forecast was a kind of prophecy and explained that “his prediction is based on an examination of the history and the present, which makes it possible to determine characteristics of the future.”

According to him, the past teaches, as narrated in the Qur’an, that Allah commanded the children of Israel to wander in the wilderness for 40 years, so that the cowardly generation would die and a warrior generation would rise in its place. This means that a period of 40 years in the life of a people is the time needed for psychological change.

Yassin reinforced his remarks with historical examples and mentioned the Crusader wars, which allowed the Crusaders to take over the Land of Israel for 80 years (40×2) until they were defeated by the Muslim leader Salah ad-Din, or Saladin. In a more recent example, Yassin mentioned that the Palestinian people were defeated in 1948 and expelled from their homeland, but 40 years later the intifada broke out and forced Israel and the world to recognize the existence of the Palestinian people. In his opinion, the next 40 years will bring the end of Israel.

In 2014, Hamas Interior Minister Fathi Hamad said that the Palestinians will liberate all of Palestine “within eight years,” in 2022. In 2015, in an interview on Lebanese TV, the Imam of the mosque of Al Quds in Sidon, Maher Hamoud, said that “according to calculations based on the Quran the end of Israel will be in 2022.”

Dr. Mohammad Makram Balawi, a Palestinian writer and academic based in Istanbul, wrote in February that “for many Palestinians, 2022 is a very special year as it marks the beginning of the ‘downfall’ of the Israeli occupation.”

“How these prophecies might affect the attitudes and behaviors of the people who believe in them could be the right question. Yet, we will find many in the traumatized Arab World who would wait for them to come true,” he wrote. 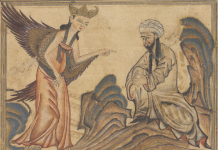