A delegation of Israeli mohels (ritual circumcisors) returned from a two week trip to Africa last week, where they prepared a UN medical team for a mass African circumcision.


Over the next five years, an estimated 20 million African men will be circumcised by UNAIDS, the UN organization dedicated to reducing the spread of the AIDS virus, which is contagious through sexual and blood-to-blood contact.

Since 2007, Israeli volunteer physicians and nurses have been performing circumcisions in Swaziland and South Africa, as part of Operation Abraham. Operation Abraham is a program of the Jerusalem AIDS Project, operating in coordination with the Hadassah Medical Organization, which promotes conducting circumcisions in Africa as a way of curtailing the spread of disease.

On Monday night, the UN and the Obama administration announced the program, with the support of Operation Abraham.

A team of 40 Israeli surgeons and nurses is providing professional guidance on setting up clinics and performing adult and teenage circumcisions safely and effectively.

The program about to get underway in Africa is expected to prevent 3.4 million people from being infected by HIV, and save $16.5 billion in related funds.  Studies from 2006 proved that circumcision reduces the risk of male infection by HIV by 60 percent.

The State of Israel has experience with mass circumcision, having performed large numbers of youth and adult ritual circumcisions for waves of immigrants from the former Soviet Union and Ethiopia.  Jewish ritual circumcision typically takes place on the eight day after the birth of a boy, but was either prevented or not practiced by many Jews from those countries.  Men of all backgrounds who convert to Judaism must also undergo circumcision. 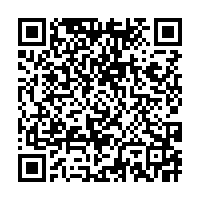