Five leaders of an Islamic charity convicted of using the organization as a means of funneling money and supplies to Hamas were denied an appeal by a US federal appeals court on Wednesday.

Hamas is designated as a terror organization by the United States.  The Hamas charter states “by virtue of its being Jewish and of having a Jewish population, [Israel] defies Islam and the Muslims,” and vilifies “those who revolve in the Zionist orbit, aiming at obstructing the road before the Jihad fighters” such as ”the Freemasons, Rotary Clubs, Lions Clubs, B’nai B’rith”.  “For our struggle against the Jews is extremely wide-ranging and grave, so much so that it will need all the loyal efforts we can wield,” according the the charter, “until the enemies are defeated and Allah’s victory prevails.”


The Texas-based Holy Land Foundation, once the largest Islamic charity in the United States, was shuttered by former President George W. Bush following the September 11, 2001 attacks in New York.

The convicted men claimed they were denied a fair trial when US District Judge Jorge Solis, who presided over their 2008 retrial in a Dallas federal court, allowed the testimony of two Israeli witnesses whose identities were protected.

The 5th US Circuit Court of Appeals rejected the defendants’ challenges, stating that “while no trial is perfect,” the convictions were made fairly.

It is illegal by federal law to provide material aid and support to a designated terrorist organization.  “…the defendants facilitated Hamas’ activity by furthering its popularity among Palestinians and by providing a funding resource. This, in turn, allowed Hamas to concentrate its efforts on violent activity,” Judge Carolyn King wrote on behalf of the appellate court. 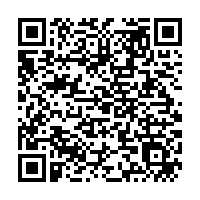