A recently published report by the Organization for Economic Cooperation and Development (OECD) has ranked Israel as the second most educated country in the world, according to analysis of the data by 24/7 Wall St.

The report, titled Education at a Glance 2011, seems to counter conventional wisdom regarding the direction of Israel’s education system. Among its findings are: that 45% of Israel’s population have post-secondary education; that 78% of the money spent on educational institutions in Israel are public funds; and that Israel had the highest population increase among OECD countries from 2000-2009, with growth of 19.02%.


The study found that the countries with the most highly educated citizens are the wealthiest in the world, and that with the exception of the UK, all of the best-educated countries fall within the top 15 OECD countries for greatest spending on college education as a percentage of GDP.

The ten most educated countries in the world, according to 24/7 Wall St.‘s analysis are: Canada, Israel, Japan, US, New Zealand, South Korea, Norway, the UK, Australia, and Finland. 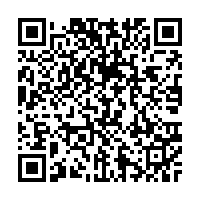