Comments by Palestinian Authority President and the presence of Arab Members of Knesset at the International Conference for Defense of Jerusalem in Qatar have sparked outrage back in Israel.

Mahmoud Abbas, in a speech to the conference, warned of Israeli intentions and efforts to ‘Judaize’ Jerusalem. “The Israeli occupation authorities are using the ugliest and most dangerous means to implement plans to erase and remove the Arab-Islamic and the Christian character of east Jerusalem.” He suggested that the best response would be for Muslims and Arabs from around the world to visit Jerusalem: “This move will have political, moral, economic and humanitarian repercussions, showing that Jerusalem belongs to all of us and no one can stop us from accessing it.”

Abbas also accused Israel of “surrounding Jerusalem with an Apartheid wall and a band of settlements in order to isolate the city from its surroundings in the West Bank.”

Prime Minister Binyamin Netanyahu released a statement in response to Abbas’ speech, condemning him for incitement:

“This is a harshly inflammatory speech from someone who claims that he is bent on peace. The time has come for the Palestinian leadership to stop denying the past and distorting reality. For thousands of years Jerusalem has been the eternal capital of the Jewish People. Jerusalem, under Israeli sovereignty, will continue to be open to believers of all faiths. There is freedom of worship for all and Israel will continue to carefully maintain the holy places of all religions…The State of Israel expects that one who supposedly champions peace would prepare his people for peace and coexistence and not disseminate lies and incitement. This is not how one makes peace.”

In related news that once again brought the loyalty of Arab Mks to the fore, Raam-Ta’al MKs Taleb Al-Sana and Ahmed Tibi appeared at the conference as representatives of ‘Palestine’, and joined Abbas in accusing Israel of ‘Judaizing’ Jerusalem.

Both MKs were unapologetic when explaining their participation. El-Sana said: “The Doha conference focuses on the matter of Jerusalem and Israel’s policy is to Judaize Jerusalem, carry out a transfer of Palestinians and damage the holy sites – including al-Aqsa.”

No stranger to controversy himself, Tibi said the process of Judaization going on is a breach of international law: “Israel is an occupying power in east Jerusalem and withholds the Palestinian people’s freedom of religion.”

Other Members of Knesset responded with shock and disgust, and insisted that such a state of affairs is untenable. “There is no doubt that the Knesset speaker needs to realize that Arab MKs are a fifth column in the Knesset,” Likud MK Miri Regev said, adding that “[t]his is not the first time that Arab MKs speak out against the State of Israel. I suggest they be sent out on a VIP plane to serve Hamas and other terrorists.”

Yisrael Beitenu MK Alex Miller also spoke out against Al-Sana and Tibi. “The absurd situation where MKs work against the State day and night must be nipped in the bud.”

Mark Regev, Prime Minister Binyamin Netanyahu’s spokesman, condemned Tibi and Al-Sana in harsh terms, saying they were spreading a “dangerous libel” and that their behavior “is both dishonest and irresponsible.” 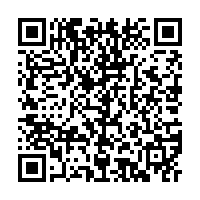