Ya gotta’ love the NY Post. Where else will you find a report on a “high-rise holy war” at the Trump Place Condominiums, where “one man’s straw Sukkot” is driving the neighbors bonkers?

The Post‘s Kathianne Boniello keeps referring in her report to Sukkot in the plural, confusing the Hebrew name for the Holiday of Booths – plural – with the name for one booth – singular. Other than that bit of nitpicking, though, it’s good, old fashioned, NYC neighbors’ feud, as befits the newspaper that Rupert built.


So Zev Geller, who lives on the third floor, builds a sukkah on his porch every year, and upsets his neighbors two floors below, Thomas Tagliani and Leslie Lucas. Because Geller not only builds a 20-foot long sukkah – a fire hazard in its own right – but he goes ahead and does special yom tov barbecues next to it, oy vey…

Now the couple is suing Geller, the condo owner and the condo board for $500,000. And they want poor, Sukkah-loving Geller out.

Geller has been using the “I’m Jewish, whatcha’ gonna’ do” defense, telling the Post: “I’m Jewish. I built a Sukkot. I didn’t think much of it because it’s temporary.”

Did he also refer to his Sukkah in the plural? Who knows. All Geller knows is: “I’m literally just a Jewish person living in New York City, but I guess my neighbor doesn’t like that.”

And deep inside, aren’t we all literally just Jewish persons living here and there?

The couple’s attorney, William Perniciaro, says the case is not about literal or semi-literal Jews, but about fire hazards. 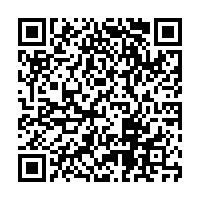