JERUSALEM – Palestinian Authority President Mahmoud Abbas told Israeli journalists in Ramallah on Tuesday that he is demanding a list of concessions from Israeli Prime Minister Benjamin Netanyahu in order to extend the current Israeli-Palestinian peace talks. But he refused to mention what concessions the Palestinians are willing to make.


At the press conference with the Israeli reporters, Abbas threatened to cancel the Oslo Accords, dismantle the Palestinian Authority, and force the Israeli government to pay the salaries of PA employees and the police. The current talks are deadlocked over demands by Abbas for Israel to release Israeli Arab terrorists who hold Israeli citizenship; completely halt construction in Judea, Samaria and Jerusalem; recognize East Jerusalem as the capital of Palestine; and formally submit a plan for final borders within the next two months.

For his part, Abbas has refused to recognize Israel as a Jewish state and has declined to forego the Palestinians’ demand to exercise their “right of return” into Israel. He has also declined to agree to a formal end of hostilities between Israel and the PA, and has opposed any Jewish settlement in Judea and Samaria.

American interlocutors, including Secretary of State John Kerry and special envoy Martin Indyk, have been viewed by Israel as not having been critical enough of Abbas for his seemingly hardened stance.

Abbas’s hard-line stance at the press conference with the Israeli journalists and his signing of a unity agreement with Hamas prompted Netanyahu to say that Abbas is “not interested in peace. Abu Mazen [Mahmoud Abbas] must choose: either peace with Israel or reconciliation with Hamas.”

Economy Minister Naftali Bennett, head of the pro-settler Habayit Hayehudi Party, told a gathering in the mixed Jewish- and Arab-populated city of Ramle, “I suggest to Abu Mazen that if you’re going to shoot, then shoot – don’t talk. The state of Israel is stronger than Abu Mazen’s threats. We hear again and again the recycling of the same threat that if we don’t go forward [with the peace process], if we don’t give him everything he wants, then oy va voi for us because he will dismantle the Palestinian Authority. This is the seventh time Abu Mazen has made this threat. What is Abu Mazen essentially telling us? That if we don’t release murdering terrorists, if we don’t divide Jerusalem, [and] if we don’t retreat, he will commit suicide. Friends, he must improve the incentive. Something here isn’t working.”

While the prospects for extending the peace negotiations for at least another few months look bleak, political commentators in Israel generally maintain that Abbas has no financial or political alternative at his disposal. Veteran TV anchorman and Israel Hayom political analyst Dan Margalit wrote, “Jibril Rajoub, Mohammed Dahlan and even Marwan Barghouti [Palestinian militants and Fatah political rivals] have not waited until 2014 in order to let a transitional leader smash their dream of succeeding him, to give up on the ruler’s seat in Ramallah and the royal honors and red carpets around the world, and mainly not to give up on the donations from around the world to those who eat for free. Abu Mazen can leap to his oblivion, but the political family around him will not be dragged along with him. He lacks the power to dissolve the Palestinian Authority.” 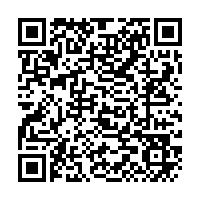