Israel Hayom reported that Ihab al-Rassin, the former Hamas spokesperson who contributes to a Palestinian media website and Facebook page, said that, “[Abbas] told the Hamas leadership that he would publicly proclaim that the new unity government would recognize Israel, which are words that both the Americans and Israelis would want to hear.”


But al-Rassin said Abbas recanted during secret closed-door sessions with senior Hamas leaders. “I say these things for the ears of the Americans and Israelis only – but not for Hamas. Forget about and don’t pay any attention to what I say to the international mass media,” Abbas said.

In recent days, the Hamas leadership has repeatedly told Arab and Israeli media that they will never recognize the Jewish state and are still committed to armed conflict. A recent Channel 2 News special report showed gun-toting Palestinian children as young as 12 pledging their allegiance to Hamas in Palestinian Authority-controlled Jenin (near Afula), as well as their willingness to die in a jihad against Israel.

Despite Abbas’s inconsistencies, Netanyahu was publicly criticized by several members of his own government this week at the 2014 Herzliya Conference for refusing to return to peace negotiations with Abbas and for increasing the number of building projects inside existing settlement blocs.

Finance Minister and Yesh Atid leader Yair Lapid said, “Extreme right-wing forces are pushing us toward the delusional idea of annexation, which will lead us to the disaster called a binational state. I don’t know if this is a public relations exercise or a true intention, but we will not allow this to happen. If there is an attempt to annex even one settlement unilaterally, Yesh Atid will not only bolt the government, it will bring it down.

“If a Palestinian state is not established alongside Israel, the Palestinians will come to us sooner or later with full backing of the world’s nations, and tell us: ‘Since you don’t intend to give us our own state, at least allow us to become citizens.’ If we say yes, we would cease to be a Jewish state. If we say no, we’ll cease to be a democratic state. Both options are destructive, and our job is to stop them from happening.”

Netanyahu brushed aside Lapid’s political threats, saying that he was either too politically inexperienced or unaware of the true nature of the peace negotiations with Abbas. The prime minister said, “The leaders of Hamas have reiterated their intention to destroy the state of Israel. Whoever hoped that the Palestinian unity between Fatah and Hamas would moderate Hamas is mistaken. Instead of the Palestinian Authority taking over Gaza, the signs are being more and more seen that the complete opposite is taking place, i.e. that Hamas is increasing its control in the Palestinian Authority areas in Judea and Samaria.

“Therefore, international pressure must be applied on [Abbas] to dissolve the partnership with Hamas. This touches on the roots of the conflict and the roots of a solution in which peace is achieved between us and the Palestinians. In any case, [Abbas] promised to uphold all of his previous commitments, and the first of these is honoring the commitment to demilitarize the areas under the control of the Palestinian government, including – of course – the Gaza Strip.”

Netanyahu continued by saying, “We also heard an interesting declaration from the Australian government, of a kind that we do not always hear. The Australian government simply said that eastern Jerusalem is not occupied territory; the minimum is that it is an area in dispute. To say this sharply and with such clarity and, I would say, courage, is refreshing given the chorus of hypocrisy and ignorance – ignorance not only of ancient history but of recent and current history. 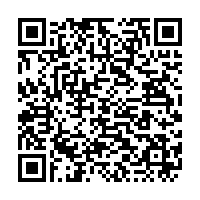