“Today is a day of joy to our people, our families and our hero prisoners who’ve achieved freedom,” Palestinian Authority President Mahmoud Abbas declared Monday night as he personally greeted 18 terrorists released by Israel.

Abbas and other senior PA officials waited through the night to meet the men at his headquarters in Ramallah. He shook the hands of each of the terrorists, whose arrival was marked by greeted by crowds of Palestinians in a celebratory mood.


“We promise,” Abbas added, “that this is not the last time that prisoners will be released.”

The PA head, who is currently engaged in peace talks with Israel, also declared that “there will be no final agreement with Israel until all prisoners are released.”

The 18 terrorists who arrived in Ramallah are part of a group of 26 terrorists released by Israel in the third of four scheduled releases of a total of 104 Palestinians jailed for killing Israeli citizens.

Three of the 26 were transferred to Gaza. The remaining five were taken to eastern Jerusalem, where they reside, though they are not Israeli Arab citizens.

The release was made possible after the Israeli Supreme Court rejected a last minute petition filed by activists and families whose loved ones were killed in the terror attacks perpetrated by the prisoners set to be released.

As in previous appeals before terrorist releases, the Court said “there is no cause for us to intervene in such processes, as they are political decisions.”

The appeal also noted that five of the terrorists were to be released to their homes in Jerusalem, but the Court said that was not sufficient grounds to prevent the releases.

Nearly 200 bereaved family members of Israeli victims of terrorist attacks held a march through Jerusalem on Monday to protest the release.

The march began at Israeli Prime Minister Benjamin Netanyahu’s residence in Jerusalem and ended at the Western Wall.

Secretary of State John Kerry expressed his “appreciation” of Israel’s agreeing to go ahead with the release.

“The Israeli government’s commitment to release Palestinian prisoners helped enable the start…and the continuation of the final status negotiations, and we believe this is a positive step forward in the overall process,” said State Department deputy spokeswoman Marie Harf.

The released prisoners committed their terrorist acts before the implementation of the Oslo Accords and have served at least 19 years in an Israeli prison, according to a statement released Saturday night by the Prime Minister’s Office.

“If any of those to be released resume hostile activity they will be returned to serve the remainder of their sentences,” the statement said.

The Palestinian prisoners freed by Israel are: 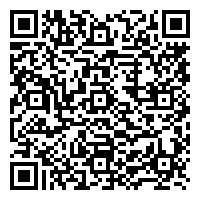