As the city of Beit Shemesh is celebrating its 70th anniversary, its municipality has announced a large-scale renovation operation of the old streets of Beit Shemesh and the Haredi neighborhood of Heftziba, at a cost of tens of millions of shekels. The works are expected to start in the coming weeks.

Beit Shemesh, population 130,000, is undergoing a large-scale expansion, with a yet to be approved master plan aiming to grow the city to 360,000 residents. The plan aims to develop the city’s oldest neighborhoods, built in the 1950s. This will include demolition and reconstruction of existing buildings, adding buildings, and giving a facelift to public spaces.


Renovation works will take place in the coming days in Beit Shemesh along Herzl Street and in David Raziel, Ha’aliya, HaDekel, Ma’apilim Egoz, Paula Ben-Gurion Streets; as well as streets in Heftziba. As part of the works, the roads will be re-stratified, sidewalks mended, and infrastructure such as electricity, water, and sewage replaced. New lighting poles will also be installed and playgrounds will be renovated.

A week ago, the last section of Rt. 5 in Beit Shemesh was inaugurated at a cost of more than NIS 100 million ($30.3 million). The road connects the old city of Beit Shemesh, the Nofei Neria neighborhood, and the new neighborhoods, and will be the city’s first highway. The new road is expected to ease traffic congestion and make the city’s more popular residential areas accessible to residents. This is a three-kilometer-long section of the road, which is a major artery in the city, connecting the old and new neighborhoods. This section of road joins the 8 km long road that includes the connection and entrance to the city from Rt. 375 in the Ella Valley.

Also a week ago, according to Globes (Beit Shemesh approves 10,000 new homes), the Beit Shemesh local planning and building committee approved a plan for urban renewal and denser construction, adding 10,000 additional apartments to the already planned 8,000. The plan was sent to the regional planning and building committee. The plan calls for 24-floor apartment buildings, in blocks that will be built alongside the city’s main roads, to replace existing apartment buildings.

Beit Shemesh city engineer Inbar Weiss told Globes: “For it to be economically viable for a developer to take part there is a threshold for the value of the property. The minimum in Beit Shemesh is NIS 1.5 million per unit. There are very many apartments in Beit Shemesh, and I’m not talking about Ramat Beit Shemesh, that meet this threshold.”

Beit Shemesh Mayor Aliza Bloch said, “This is a historic step as part of the policy of strengthening the old neighborhoods and renewing them, which is one of the anchors of the city’s master plan, which has been formed and will lead to the development of the city in the coming years in transport, industry, and employment. Only implementing these targets will enable support for enlarging the number of residents in the city.” 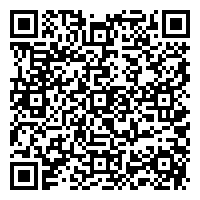