A fine and complex burial cave dating from the Roman period (c. 2,000 years ago) came to light a few days ago in Tiberias, in the course of development works carried out by the Tiberias municipality for a new neighborhood in the northern part of town.

The contractor immediately informed the Israel Antiquities Authority after a mechanical digger exposed the cave entrance, and an antiquities inspector rushed to the site.

All road and building construction conducted in Israel requires coordination with the IAA, because practically every square foot of the Holy Land may conceal ancient relics beneath the soil.

The rock-hewn cave comprised an entrance hall decorated with colored plaster, a central room with several burial niches, decorated ceramic and stone ossuaries (burial chambers), and a small inner chamber. Carved stone doors stood at the entrances into the rooms. In one of the chambers, Greek inscriptions were engraved with the names of the interred. These inscriptions will be studied by specialists.

The cave was probably robbed in antiquity.

According to Yair Amitsur, Antiquities Inspector of Tiberias and Eastern Lower Galilee for the IAA, “the cave must have served as a burial complex for a family who lived in the town of Tiberias or in one of the adjacent villages.”

Two thousand years ago, in 18 CE, Herod Antipas, the son of Herod the Great and Governor of the Galilee, established the city of Tiberias and named it in honor of the Roman Emperor Tiberius. Over the centuries, Tiberias served as the capital of the Galilee, and was one of the largest cities in the country. The city extended from south of the Hamei Tveria hot springs to the center of the modern city.

In the Roman and Byzantine periods, several smaller villages grew up on the outskirts of the city, including Bet Ma’on, the home of gladiator-turned-rabbi Reish Lakish, Kofra, and Be’er Meziga. The cave must have been owned by a family from Tiberias, or from one of the surrounding villages, who chose to be interred north of Tiberias, overlooking the Lake of Galilee.

According to Amitsur, “the burial cave is a fascinating discovery since it is an almost unique find in this area. The high-quality rock-hewing, the complexity of the cave, the decorations, and the Greek inscriptions point to the cave belonging to a wealthy family, who lived in the area in the Roman period.”

Tiberias Mayor Yossi Ben David noted that “the Tiberias municipality, together with the Housing Ministry of Housing and the Israel Antiquities Authority have undertaken to preserve this amazing discovery, and to carry out changes in the construction plan in order to protect the cave.”

The cave has been sealed in order to protect it until it will be examined by IAA experts. 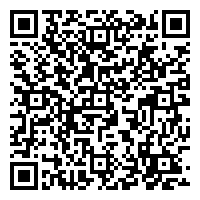