A deadly fuel canister bomb planted by terrorists was discovered Sunday evening in the area of the Cave of the Patriarchs.

Israeli Border Guard Police summoned sappers who neutralized the explosive, composed of two small gas tanks. It was located close to the Tomb of the Patriarchs in Hebron.


The area, which was closed to traffic in order to allow for the bomb squad to carry out the task without endangering the public, has since been reopened and an investigation begun into the incident.

A spokesperson for Israel Police told media, “In the area of ​​the Cave there is a unique coexistence that is maintained by the security forces, including Border Police fighters, in order to allow freedom of worship and religion for both Jews and Muslims in the Tomb of the Patriarchs.

“The fighters will continue to act with determination and professionalism to protect the safety of all citizens, residents and visitors,” the spokesperson added. 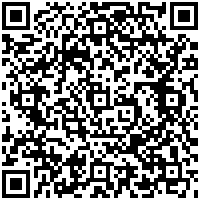