A bill sponsored by Knesset Deputy Speaker Danny Danon (Likud) who also chairs the children’s health parliamentary lobby, and MK Rachel Adatto (Kadima ), is seeking to outlaw the use of underweight models in Israeli advertising, and to discourage Israeli media from using ads which were produced abroad and feature exceedingly thin models.

MK Dannon’s Senior Advisor Jonathan Daniels told the Jewish Press the bill was conceived after a group of legislators visited a clinic for critically underweight patients and met with anorectic patients. “It was horrific,” Daniels said. “And we didn’t see just 15-year-old anorexic girls, there were men, and older women. It was incredibly distressful to see them. They were close to death.”

Daniels argued that “by putting forward this legislation that enables healthy people to be seen” in media advertising – “that’s by far the best approach.” In the bill authors’ opinion, “largely people who are underweight are not healthy people, these aren’t happy people.”

An extension of the bill to include restrictions on underweight foreign models will be introduced on Monday, at the Knesset Labor, Welfare and Health Committee. The bill will then be put to a vote on second and third reading by the full Knesset.

Daniels said that at this point the bill will exempt foreign magazines that are distributed in Israel. “First we have to make sure we take care of what’s being done in Israel,” he said.

Daniels acknowledged the inevitable conflict which the bill creates between public health and freedom of speech, but reiterated strongly the state’s right to decide “the content of magazines that our children read.”

He also suggested underweight models were being abused by their employers, who demand of them to remain at an unhealthy weight in order to remain employed.

According to the World Health Organization Statistical Information System, Israel ranks 19th in the world in the number of deaths from anorexia, with two cases annually. The United States and Japan rank first and second, with 218 and 186 deaths respectively.

Former foreign editor of the Jewish Chronicle and the literary editor of The Jerusalem Post, enthusiastic Blogger Miriam Shaviv cites a study conducted in Jerusalem (Benaim, Turel & Sznajderman, 1998), which reported that “religious Jewish girls with anorexia nervosa present for treatment at a lower body weight and have a higher hospitalization rate than their non-religious peers.”

Another study (Harel & Molcho, 2000) found that poor body image is more common among girls in Israel than in other Western countries. The study analyzed data from a World Health Organization survey that compared eating behaviors among thousands of 6th to 10th graders in 28 countries. More than 70 percent of Israeli girls want to change their body (ranking fourth among the 28 countries), according to those findings, and about half feel too fat (ranking 17th). In addition, one quarter of Israeli girls are dieting, peaking at one third in 10th grade. This rate of dieting ranks Israel as first among 28 Western countries. 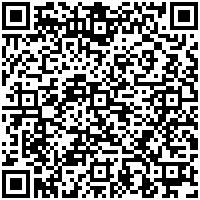