(JNi.media) The Beach Boys’ lead singer Brian Wilson will appear in Israel this year as part of as tour marking 50 years since the band’s “Pet Sounds” album hit the air waves.

No date has been announced yet.

The scheduled appearance is another blow to the Boycott Israel Movement, assuming that Wilson does not repeat the Beach Boys’ disappointing cancellation of a scheduled performance in Israel in 2014. The Boys stated at the time, “The band looks forward to returning to the region as soon as possible.”

The “I Get Around” band swept the United States in the 1960s with its smoot harmonizing and popularization of surfing as one of the fundamental purposes of mankind. The band represented the epitome of a 1960s culture that valued sporty cars, girls and the California beach.

The Beach Boys went through a transformation as a result of Wilson’s bout with drug use and his mental problems.

If Wilson’s appearance helps drown out Roger Waters (Pink Floyd) and his anti-Israel cronies, the Beach Boys will have indeed made a major contribution to civilization. 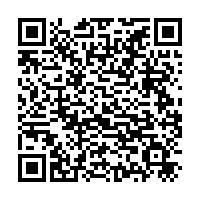