Over the past few weeks Knesset member Yariv Levin, the elected leader of the coalition and chairman of the Likud-Yisrael Beiteinu faction, told several Israeli media outlets that the egos and personal agendas of a growing number of coalition members – from Finance Minister Yair Lapid’s Yesh Atid, Justice Minister Tzipi Livni’s Hatenua, Economy Minister Naftali Bennett’s HaBayit HaYehudi, and even within Netanyahu’s own Likud-Yisrael Beiteinu joint faction – are impeding the prime minister’s domestic and foreign policy initiatives. Some political analysts believe that Netanyahu’s image at home and abroad has suffered as a result.


Just days after Deputy Defense Minister and Likud MK Danny Danon was upbraided by Defense Minister Moshe Ya’alon and Netanyahu for his critical remarks regarding the peace process, the politically powerful Bennett told a Yesha Council conference in Jerusalem on Monday that the concept of creating a Palestinian state in Judea and Samaria has “reached a dead-end.” Bennett added, “Never, in the history of Israel, have so many people put so much energy into something so pointless.” The comments by Danon and Bennett come while Secretary of State John Kerry is making a concerted effort to bring Netanyahu and Palestinian Authority (PA) President Mahmoud Abbas back to the negotiating table.

Accepting an honorary doctorate from Hebrew University on Monday, Streisand rebuked Israeli authorities for not allowing the Women of the Wall to pray freely at the Kotel. For his part, Clinton, who reportedly received a $500,000 fee to speak at the Peres Academic Center in Rehovot, said he saw no alternative to a Palestinian state. He also good-naturedly reminisced with Peres about the behind-the-scenes goings-on leading up to the signing of the Oslo Accords at the White House. Those recollections included persuading Yasir Arafat to attend the ceremony without his ever-present gun, and cajoling then-Prime Minister Yitzhak Rabin to shake hands with Arafat during the signing ceremony.

Clinton and Peres ignored the fact that Netanyahu defeated Peres for the prime ministership in 1996 after Arafat virtually nullified the Oslo Accords by launching an intifada, including the authorization of a series of suicide bombings that killed dozens of innocent Israeli civilians. After assuming office, Netanyahu and Clinton clashed on numerous occasions about the peace process and the future of Israeli settlements in Judea and Samaria.

Respected Yisrael Hayom columnist and TV political commentator Dan Margalit criticized both Bennett and Danon for undermining the government’s credibility. He said, “Why are ministers and MKs expressing themselves in a way that saws through the premise upon which Netanyahu is conducting the preliminary negotiations? From the perspective of their desire to maintain the coalition, at the end of the day they are cutting the branch they are sitting on. This is a steep price for big, but passing, headlines.” 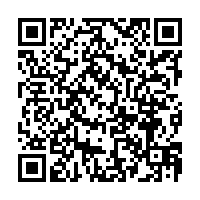