While Israeli Prime Minister Benjamin Netanyahu said Monday that he remains “determined” to give his March 3 address before a joint session of Congress on the dangers of a nuclear Iran and radical Islam, the stakes surrounding the speech continue to rise.

The speech, which has drawn sharp criticism from the Obama administration, has left Democratic members of Congress and American Jewish leaders facing a difficult scenario: they can choose to support Netanyahu’s plans and by extension, Israel’s use of any means at its disposal to prevent Iran from becoming a nuclear power, but doing so would mean defying the White House.

“American Jewish leaders are in a bind,” Dan Diker, senior Middle East analyst at the Israel-based International Institute for Counter-Terrorism (ICT) and former secretary-general of the World Jewish Congress, told JNS. “They’re being forced to deal with the perceived problem of dual loyalty, and no Jewish American ever wants to be in that position.”

Vice President Joe Biden’s office announced last week that travel plans would preclude Biden from attending Netanyahu’s address. At least a handful of Democratic lawmakers have said they will also skip the speech, and others such as House Minority Leader Nancy Pelosi (D-Calif.) are mulling whether or not to attend.

Leading Congressional advocates for increased sanctions against Iran have delayed a vote on new sanctions until March 24 at the earliest, a week after Israel’s national elections. Some prominent American Jewish leaders, including Union for Reform Judaism President Rabbi Rick Jacobs and Anti-Defamation League President Abraham Foxman, have called for Netanyahu to cancel the speech. The J Street lobby launched an online petition headlined, “I’m a Jew. Bibi does NOT speak for me!”

On Monday, the Zionist Organization of America responded to Jewish-organizational critics of the Netanyahu speech, calling out those organizations in a press release and saying, “The United States Congress is discussing the Iran situation now. Prime Minister Netanyahu must speak now…. By not supporting Israel’s prime minister and Congress, we are sending a terrible message to Iran that we are not unified and strong in our resolve against this deadly enemy.”

Rabbi Abraham Cooper, associate dean of the Simon Wiesenthal Center, told JNS that “What Prime Minister Netanyahu has to say is vitally important to ensure that any deal [with world powers] does not hand Tehran the prize they covet – the ability to quickly assemble a nuclear device, with an end to sanctions. We hope that steps will be taken that will defuse the controversy about the venue of the speech, so that its message can be heard.”

Added ICT’s Diker, “The prime minister understands that there’s a price to pay for any high-stakes decision with regard to countering the Iranian threat, and the price here could be steep, but it is ultimately up to the prime minister to make the calculation as to how high a price Israel should be willing to pay to effectively warn the state of Israel’s greatest ally on the dangers of a nuclear Iran.”

Diker believes it is troubling that the speech has turned into a partisan policy debate. Israel has traditionally enjoyed bipartisan support, particularly on issues that are critical to its security, such as funding for the Iron Dome missile defense system.

“If the prime minister’s opting to go ahead with the speech determines that Democrats would decide not to back a sanctions bill against one of the most severe national security threats the world has known in the past several decades, that would be a very sad state of affairs,” Diker said.

“If the prime minister is convinced that Israel, as the nation-state of the Jewish people, is in mortal danger due to a historically disastrous deal between Western alliances and Iran, it is his sacred duty to sound the alarm, and that alarm rings most clearly in the American Congress, which is probably the most sympathetic collective ear Israel has in the world.”

While Netanyahu’s supporters argue that the speech has everything to do with trying to prevent world powers, led by the U.S., from signing a nuclear deal with Iran that could grant it the time it needs to cross the nuclear threshold, some in Israel and the U.S. are accusing the prime minister of using the speech as a ploy to increase his chances of being re-elected in what polls indicate is a close race.

“I think this is more about getting elected then anything else,” Israeli political pollster Mitchell Barak, currently the head of Keevoon Global Research and a past spokesman for former Israeli president Shimon Peres, toldJNS. “But I do think that the prime minister is deeply committed to the Iranian issue. I think that is one of his most important issues, but I think that the timing and the way this speech was conceived was to maximize the electoral and political gain during the campaign.”

Diker, on the other hand, referring to House Speaker John Boehner’s overture to Netanyahu to speak to Congress, said it is “virtually incomprehensible for any foreign leader to refuse an invitation from the third-most powerful leader in the American governmental structure.” 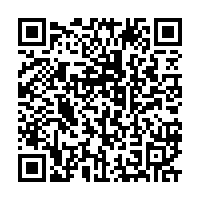