Beinisch, who on September 14, 2006 was appointed as the first female president of the Supreme Court, ended an extensive career in public service that began in 1967. Starting as Assistant in the Jerusalem District Attorney’s Office, she quickly rose through the professional ranks: serving as Deputy State Attorney from 1982 through 1988, the State Attorney of Israel from 1989 to 1995, and elected to the Supreme Court in 1995.

The 9th president of the Supreme Court of Israel, Beinisch presided over an active term, in which she wrote landmark decisions like the 2005 ruling against the IDF’s use of “human shields”, the 2007 ruling that Israel’s separation fence route must be modified, and the 2009 ruling declaring private prisons unconstitutional. But the most memorable and controversial ruling of her legacy may have been her penultimate one – the High Court’s revocation of the Tal Law.

As former Israeli Supreme Court president Aharon Barak’s protege and hand-picked successor, Beinish shared his activist approach, and tended to emphasize human rights and encourage scrutiny of IDF, police, and Shin Bet activities. Picking up where he left off, she expanded on the constitutional scope of the right to ‘dignity’ as enshrined in the Israeli Basic Law: Human Dignity and Liberty. She was a staunch proponent of the concept of ‘judicial review’, whereby the judiciary extends its oversight to the activities of the executive branch. This view on the judiciary’s primacy led to clashes with the Knesset and the overturning of legislative enactments (ie. The Tal Law). During her tenure at the State attorney’s office she also led the push to outlaw Meir Kahane’s Kach party from the Knesset.

Comments by politicians across the political spectrum seem to support the notion that she represented a more secular and progressive voice on the Supreme Court.

Opposition leader Tzipi Livni lauded Beinisch for being the first woman to serve as president of the Supreme Court, and praised her for leading the “struggle over what sort of country we will leave to our children. The Supreme Court represents our country’s constitutional values against a group that desires to impose Halacha on society, as a source of authority.”

Comments by nationalist politicians on the right were less flattering of Beinisch and her body of work. Jewish Press’ Knesset Insider Jeremy Saltan described the general mood in the nationalist camp as one of cynical gratitude. “They really liked Beinish as Supreme Court president because as much as they didn’t agree with her, she had far less influence than her predecessor. She was often in the minority and unable to impose her rule on the court like Barak had, thwarting her activist intentions.”

National Union MK Yaakov Katz blasted Beinisch for her “radical left ideology,” while Eretz Israel Shelanu head Baruch Marzel joked that he was “arriving with a bottle of wine in his hand to toast Beinisch’s retirement from her throne of judgment.”

Justice Asher Grunis, who wrote the majority opinion for the recent decision rejecting petitions against the ‘Citizenship Law’, will replace Beinisch as Supreme Court president.

In a swearing-in ceremony for Grunis, both Prime Minister Binyamin Netanyahu and President Shimon Peres praised Beinisch for her service to the State of Israel. 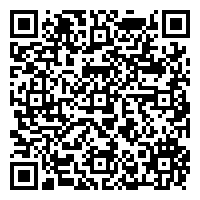