Shortly after 7 PM on Monday, a man in his 40s was chatting with a friend in his home on Shalom Tzalach Street in Petah Tikvah when he experienced sharp chest pains and collapsed. His friend called emergency services for help.

Elon Menachem Chasni, a United Hatzalah volunteer EMT and the local dispatcher for Petach Tikvah, was taking care of some errands at the organization’s local volunteer center less than 300 meters away, and as soon as he received the alert, he ran outside, jumped on his motorcycle and rushed to the man’s location with a full medical kit and defibrillator. He arrived in less than 30 seconds.


Elon quickly checked the collapsed man’s vital signs and having found no pulse attached a defibrillator. He then initiated compressions. After the first round of compressions, the defibrillator advised a shock and Elon pushed the button to deliver the shock. He then continued compressions, stopping only intermittently to check for a pulse. After a few minutes, additional United Hatzalah volunteers joined him, including Alan Malka, Yitzchak Shikoral, and Elchanan Shoshani.

The combined team began to administer assisted ventilation and rotated performing compressions. When the mobile intensive care ambulance arrived, they hooked the patient up to a monitor and after administering medication, the man’s pulse returned.

“This was a young man,” Elon said. “He’s only in his late 40s. He has a family and children. I am very thankful that I was close by and able to initiate CPR and help save his life. As a first responder who sees a fair amount of cardiac arrest cases, and knowing how most of them end up, I am ecstatic that I was able to help turn things around and give this man a chance to stay alive. It’s a great feeling and a happy result after a very trying ordeal for him. I was happy to be a part of it.” 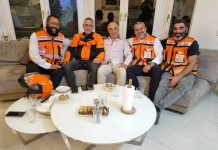 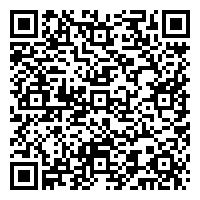