Shlomo Toledano, a volunteer EMT and emergency electric bicycle rider with United Hatzalah who hails from the city of Ashdod, has been searching for his soul mate and was excited about meeting a prospective young lady that seemed like a perfect match. They set their first date on Saturday night last Chanukah, but just as Shlomo was leaving the house, his emergency communications device started ringing and he was alerted about a medical emergency nearby.

A few weeks earlier, Shlomo visited a grave of one of the tzaddikim (righteous) and prayed for help in finding a wife. He vowed that if he were to find a suitable woman, he would respond to more than 100 medical emergencies in a month.


“On Chanukah, when the emergency happened, I had stayed in Bnei Brak for Shabbat because I wanted to be on an ambulance shift in the city and the date was on Saturday night,” Shlomo related. “The shift ended just as Shabbat was over and I headed back to where I was staying to get ready for meeting my shidduch (match).”

As he was getting ready, he received the alert about a man who was suffering a cardiac arrest two blocks away. “I had no choice, I had to go and help,” he said.

When Shlomo arrived at the address he found an 80-year-old man with no sign of breathing or a pulse. Shlomo and a fellow EMT carried the man out to the living room, laid him on the floor, and launched into emergency resuscitation. While his colleague was performing chest compressions, Shlomo attached the defibrillator pads and administering a series of 3 lifesaving shocks from the AED. He then provided assisted ventilation with a bag valve mask. After a few minutes, a mobile intensive care ambulance crew arrived, and the team provided cardiac medicine intravenously. Eventually, the team of first responders managed to restart the man’s heart, and eventually, he began breathing independently. Once the patient was stabilized, he was whisked to the hospital.

“As soon as the CPR was over and the man was in the ambulance, I gathered my medical equipment and glanced at my watch,” Shlomo continued. “I was shocked to see how little time I had left until the date. I was sweaty and disheveled, but I didn’t have time to go home and change or I would be really late. I rushed out to my e-bike and rode to meet the young lady. I was out of breath when I walked up to her and I explained why I was late and where I had been.”

The young woman told Shlomo she was studying to become an EMR to help further her teaching career. “Not everyone is excited at the prospect of dating a first responder,” said Shlomo. “People are afraid that you will need to suddenly run out on them all the time. So it’s a touchy subject to bring up on a first date. But she was really into it. When I showed her the defibrillator with which I had just saved a life, she was very excited.”

The couple hit it off on their first date and went on three more consecutive dates in as many days. “Things like that generally don’t happen, so I knew something was there,” explained Shlomo. By the end of Chanukah, Shlomo had proposed and the woman accepted. They are now engaged to be married in the spring.

Fulfilling his vow, Shlomo has spent the last three weeks responding to more than 150 medical emergencies.

“I accepted upon myself that if I succeed at becoming engaged, I would go on 100 lifesaving emergency calls. Since saving the man’s life that Saturday night, I have lost count, but it’s been more than 150 for sure,” the happy groom-to-be said. 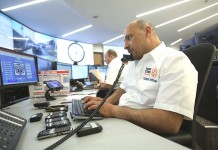 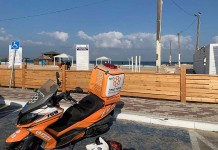 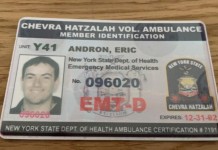 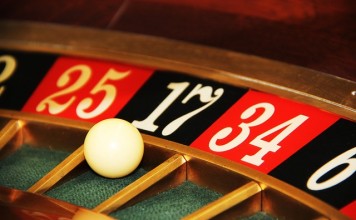 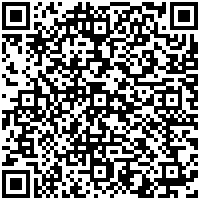