The average Jerusalem woman gives birth to 3.9 children (higher than the national average of just 3).

The average Jerusalem household has 3.9 people, compared with the average elsewhere running between 3.3 (Ashdod) and 2.2 (Tel Aviv).

However, in 2012 only 50.5% of the population were part of the workforce, compared with 63.6% country-wide. And 7.8% of Jerusalemites were unemployed, compared with the national unemployment rate of 6.9%.

However, the rate of Jerusalemites who are pleased with the cleanliness in their city is a mere 43%. In other towns it can get as high as 65% (Rishon Letzion).

A whopping 32% of Jerusalem residents say they’re Haredim, 21% say they’re just religious, 16% are traditional but not so religious, and about 19% are secular. Some 2% preferred not to answer, which is understandable, being that close to the transcendental.

Out of Israel’s six largest cities (the other five being Tel Aviv, Haifa, Ashdod, Rishon Letzion and Petach Tikva), Jerusalem residents spend the least per capita each month: $931.73.

Also, Jerusalem households own fewer entertainment gadgets than any of the six largest cities.

Finally, only 43% of Jerusalem residents say they are happy with the amount of park and recreation areas they get in their city—compared with the national average of 60%, and as high as 71% in Tel Aviv and Ashdod, and an amazing 76% in Rishon Letzion.

So how come Jerusalem continues to be the most crowded Israeli city? Because it’s Jerusalem, obviously. And that, my friends, is something Rishon Letzion is never going to be. 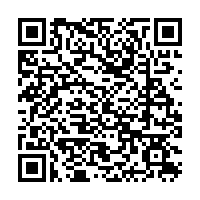