JERUSALEM – While Secretary of State John Kerry met with President Obama and visiting Israeli Foreign Minister Avigdor Lieberman in Washington this week, Israel’s chief negotiator on the Israeli-Palestinian peace talks, Justice Minister Tzipi Livni, and her Palestinian Authority counterpart Saeb Erekat were making a last-ditch attempt to stave off a breakdown in the stalled negotiations.

Kerry had originally set an April 29 deadline to resolve outstanding issues and move forward on creating a framework that would allow the Israelis and Palestinians to continue negotiating toward a final peace agreement by the end of 2014. The peace negotiations essentially hit a dead end last week when PA President Mahmoud Abbas repeated to Kerry the Palestinian position to never recognize Israel as a Jewish state while adding new demands, never agreed to by Kerry or Israeli Prime Minister Benjamin Netanyahu, in order for the talks to continue.


Abbas’s new demands included a written commitment from Netanyahu recognizing a Palestinian state within the pre-1967 borders, with East Jerusalem as its capital; a complete cessation of settlement construction in Judea, Samaria and Jerusalem; and the release of thousands of Palestinian and Israeli Arab prisoners, including convicted terrorist leaders Marwan Barghouti and Ahmad Sa’adat. As a result of the new demands, Netanyahu called off the release of a smaller group of Palestinian prisoners last week. Additionally, Abbas bypassed the negotiations by unilaterally signing 14 United Nations treaties that would allow the PA to achieve de facto statehood. The move could pave the way to charge Israel with war crimes in The Hague.

Before returning to Washington, Abbas reiterated to Kerry in a face-to-face meeting in Ramallah that the PA and the Arab League would never recognize the existence of a Jewish state in Israel. His declaration is a clear rejection of the UN’s 1947 recognition of Israel as the Jewish homeland.

Reacting to Abbas’s position, Netanyahu said, “Just as we were about to enter into that framework for the continuation of the negotiations, Abu Mazen [Mahmoud Abbas] hastened to declare that he is not prepared even to discuss recognizing Israel as the national state of the Jewish people, which we have made clear to both the president of the United States and to other world leaders as well.

“To my regret, as we reached the moment before agreeing on the continuation of the talks, the Palestinian leadership hastened to unilaterally request to accede to 14 international treaties. Thus the Palestinians substantially violated the understandings that were reached with American involvement. The Palestinians’ threats to appeal to the UN will not affect us. The Palestinians have much to lose by this unilateral move. They will achieve a state only by direct negotiations, not by empty statements and not by unilateral moves. These will only push a peace agreement farther away, and unilateral steps on their part will be met with unilateral steps on our part. We are ready to continue the talks – but not at any price.”

During Monday’s special Knesset debate on the faltering peace process, Deputy Minister Ofir Akunis (Likud) said, “Each time we wish to deal with serious issues, Palestinian leaders run away from the negotiations and spit in the face of the Americans. Israel has made serious offers and attempts to push the negotiations along. However, what we have learned is that the Palestinians are professional blackmailers.”

Economy Minister Naftali Bennett (Habayit Hayehudi) threatened to sue Abbas, accusing him and his Fatah political party of being a terrorist movement that has been directly associated with the murder of innocent civilians in Israel and around the world.

At a Jerusalem Post forum in New York last weekend, Lieberman intimated that it would be preferable to hold new elections in Israel and put together a new coalition rather than succumb to Palestinian demands, which he claimed will not lead to any peace agreement in the near future. 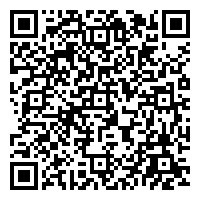