Food importer Diplomat warned Monday night that hundreds of food products are going to be more expensive starting March 1, according to a report by Israel’s N12 News outlet.

The food importer notified retail marketing chains that prices would increase by at least four percent, up to a maximum of 14 percent on items such as canned tuna, Heinz ketchup, Kellogg’s cornflakes, Lotus cookies, Pringles potato chips, among others.


Diplomat imports products from Proctor & Gamble, which include Fairy, Always, Tampax and other items.

Last month the Israeli Osem company announced the price of its pasta would rise by six percent.

Now, Osem plans to raise the prices on hundreds of products, including cereals, snacks, coffee, pastas, “petitim,” couscous and sauces from three to seven percent.

The producer of Barilla pasta likewise announced a price hike, this one between nine and 15 percent depending on the type of pasta.

Even the Willifood company said it would increase prices from between 10 to 20 percent on at least five of its products: baby corn, sweet corn, whole champignon mushrooms, canned pineapple and grapevine leaves. 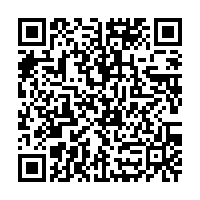