Former Ashkenazi Chief Rabbi Israel Meir Lau will receive the 2018 Guardian of Zion Award from the Ingeborg Rennert Center for Jerusalem Studies at Bar-Ilan University, the university announced in a statement Sunday. Lau will deliver the annual Distinguished Rennert Lecture on May 22 on the topic “From Shoah to Revival: Reflections and Conclusions Regarding Dramatic and Historic Events”.

“As a newly liberated prisoner of Buchenwald, Rabbi Lau was described as ‘a pair of living eyes looking out among the dead’” said Rennert Center Director Prof. Joshua Schwartz. “He was an eight-year-old child who said of himself that he could neither cry nor laugh. He grew up in Israel to be a man of many dreams, a visionary who brought and brings the message of Torah and the love of Torah to Jews the world over,”


The university said that the rabbi will be the 22nd Guardian of Zion laureate, and will join a host of leading personalities in the Israeli and Jewish worlds who have received the award, including former British Chief Rabbi Lord Jonathan Sacks, former Israeli Ambassador to the United Nations Dore Gold, authors Herman Wouk and Prof. Elie Wiesel and most recently newly-appointed US National Security Advisor John Bolton, who won the award in 2017.

Rabbi Lau was born in 1937 in Piotrków, Poland to Rabbi Moshe Chaim Lau, the Chief Rabbi of Piotrków. The elder Lau was murdered by the Nazis at the Treblinka extermination camp, and his and his mother in the Ravensbrück concentration camp for women. He survived the war largely thanks to his older brother, Naftali, who protected him during their time in Buchenwald. 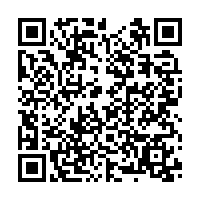