Two Arabs from the village of Qabatiya near Jenin were convicted Sunday for the murder of Reuven Shmerling after agreeing to a plea bargain. Shmerling was found dead at his charcoal warehouse in the Israeli-Arab town of Kfar Kassem on the eve of the Sukkot holiday last October.

According to the indictment, Yusef Camil and Mahmad Abu Alruv, who worked for the 70-year-old resident of Elkana, conspired to kill Shmerling and purchased a knife to carry out the act. The two arranged ahead of time for a getaway driver to take them from the spot. They then led Shmerling into a room where they had hidden the knife where Camil stabbed him from behind. Shmerling tried to defend himself with a chair, but Alruv hit him with a fan while Camil stabbed him repeatedly. Camil and Alruv admitted that the motivation for the murder had been nationalistic. 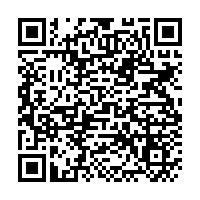