Israel has blocked the United Nations Security Council from sending a delegation to make an official visit to the Palestinian Authority at the request of Ramallah.

The Palestinian Authority tried to initiate the visit after Israel chose not to renew the mandate of the Temporary International Presence in Hebron (TIPH).

Israel’s Ambassador to the UN, Danny Danon, told Equatorial Guinea’s Ambassador to the UN, Anatolio Ndong Mba the current president of the UN Security Council – that Israel would be pleased to host individual visits by UN ambassadors, but not as part of a Palestinian initiative aimed at making false propaganda against the State of Israel.

Several other member states on the Security Council also rejected the initiative as well.

“The Palestinian initiative is part of an ongoing effort to present a false narrative to the international community,” Danon said.

“Israel has hosted dozens of UN ambassadors from around the world in recent years, exposing them to the historical truth the Palestinians refuse to accept, and instead choose to engage in terrorism and incitement.”

A visit by the Council would require the support of all 15 UNSC members, as well as the approval of the country or countries concerned in any such visit. 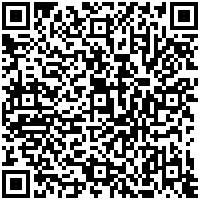