More than one hundred Israeli soldiers with developmental disabilities ranging from Down Syndrome to autism and cognitive delays will be drafted on Wednesday to serve their country.


Like all their peers the new recruits will go through the motions at the IDF enlistment center, undergoing medical tests, vaccinations and donning uniforms to become soldiers.

Eighteen-year-old boys and girls with developmental disabilities are exempted from military service, but more and more are volunteering and more and more are being accepted into one of the strongest, best trained and motivated armies in the world.

For almost 60 years, the Israeli armed forces avoided enlisting people with mental or physical problems, but in the last decade, however, groups fighting for rights for people with disabilities, like Akim, Special in Uniform (SIU), The BeYachad Center For Inclusion, Ro’im Rachok (Looking Ahead) and others have embarked on a battle to obtain full citizenship, even in their duties.

This week’s draft will join some 1,500 soldiers with disabilities who are already on active military duty.

The criteria for those who want to be part of the IDF although they have an exemption is clear: Anyone who wants to serve can serve, with the condition that he or she will not be a danger to himself or others, and they are independent. The ‘volunteers,’ as they are called in IDF jargon, can do almost any non-combat job.

“There are only a few differences between a conscripted soldier and a volunteer,” Major Adi Katz, who heads the IDF department in charge of special needs soldiers, told Tazpit Press Service (TPS) in an interview at her office at the Tel Hashomer base near Tel Aviv.

“Special needs soldiers can go home every day, they can’t use weapons, do not do basic training and do not do guard duty. Other than that, they are soldiers like all other soldiers and have served in all the branches of the military, including the Air Force, the Navy, the Armored Corps, Intelligence, etc.”

“Our goal is to increase these numbers and to include more and more soldiers with developmental disabilities in the army. They contribute a lot to the atmosphere of their units, they teach other soldiers the meaning of patience and tolerance, and it enables them to feel like full members of society.”

Ya’akov is a 24-year-old with Down syndrome who lives in Jerusalem. Every morning he takes the bus to arrive at his unit in the Defense Ministry headquarters in Tel Aviv, where he works in the IDF human resources directorate.

“It was always clear to Ya’akov he would go to the army,” his mother Ariela said. “He studied at a religious high school in Jerusalem where most of the kids go to combat units. Although the process of enlistment was very long, now he is very happy and he is having a fantastic experience.”

Soldiers on the autism spectrum are particularly useful to the Intelligence Corps, where they use their heightened perceptual skills to scan high-resolution satellite images. Soldiers with Asperger syndrome or autism are also used in some of the IDF’s most secret units for technological development.

M., a soldier in the Corps, lives in a small community outside Jerusalem. The distance to his base means M. has to wake up very early in the morning in order to get to his unit, which is situated close to Tel Aviv. But serving in the army has empowered M. in a variety of ways and helped him prepare for the challenges of civilian life, his mother says.

“I can’t say it has all been easy, but he totally rose to the occasion — becoming responsible for all of his comings and goings, and the simple act of waking up and getting himself out of the house and being on time, and maintaining his uniform and his appearance.

“He has learned how to be part of a team, and that’s given him a tremendous boost in self-confidence, and of course the gratification of contributing important work to the army (and the country, by extension),” M.’s mother said. 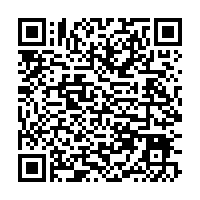