The bill, which was advised by numerous pro-Israel organizations, includes $3.3 billion in security assistance to Israel as one of its key provisions as outlined in the 2016 Memorandum of Understanding (MOU) between the two countries.


The bill passed by a vote of 217-212 on partisan lines, opposed unanimously by Republicans.

AIPAC celebrated the bill’s passage, pointing out that the Israel aid was passed without conditions, which have in recent months been called for by progressive Democrats.

“This critical funding, with no added political conditions, reflects the strong bipartisan support for Israel’s security in Congress and the Biden administration,” AIPAC wrote in a news release, before thanking the representatives who actively sought the pro-Israel provisions in the bill.

AIPAC also urged the bill to be taken up and passed by the Senate.

Other items in the bill that are relevant to Israel included:

The bill also includes language condemning anti-Israel bias in the United Nations and among the world body’s agencies, as well as a provision requiring new reports to identify and eliminate anti-Semitic content in Palestinian textbooks.

Additionally, the legislation included funding for Israel’s regional allies, with $1.6 billion in funding for Jordan for both military and economic support, and $1.3 billion for Egypt as long as it meets certain conditions laid out in the bill.

An addition to this year’s bill includes the continuation of funding directed to the Palestinian Authority Arabs. The bill included $225,000,000 for humanitarian and development assistance under the Economic Support Fund for the people of the West Bank and Gaza Strip.

“The committee … believes such assistance is critical to promoting stability and democratic governance as well as re-engaging with Palestinian civil society,” a committee report for the bill stated.

The line item requires the Secretary of State to inform the House Appropriations Committee if any use of the assistance from the United States is used to adversity effect or jeopardize the goal of a two-state solution.

Democratic Majority for Israel the passing of the bill, saying that it lays the groundwork for cooperation and peace in the region while strengthening the U.S.-Israel relationship, but didn’t spare the Republicans that opposed it.

“It’s hard for those who vote against every dollar in assistance to Israel to call themselves ‘pro-Israel’—yet every single House Republican voted against this vital legislation,” DMFI president and CEO Mark Mellman said in a news release on Thursday. “Just three Democrats joined House Republicans. Every other Democrat voted yes on this critical bill, demonstrating once again that the vast majority of Congressional Democrats remain proudly pro-Israel.”

While Republicans in Congress also support sending aid to Israel, a sticking point in the bill was the removal of the “Helms Amendment” for the first time in more than half a century,” according to The Hill.

The bill also provides funding for climate change and emissions reduction programs, which was applauded in DMFI’s release.

“I could stop there and say this is a good bill,” Rep. Hal Rogers (R-Ky.), ranking member of the House Appropriations Committee said on the House floor prior to the vote, after praising the funding for Israel and other provisions Republicans agreed with.

“Unfortunately, the spending increases outside of these critical areas are just too great, and the policy riders are too extreme,” he continued. “First and foremost are changes made to the longstanding measures that protect the sanctity of life. These are commonsense provisions that have enjoyed bipartisan support for decades. Of greatest concern is the removal of the most important condition in any State, Foreign Operations bill, that no funds can be used to pay for abortion. The removal of that language is unprecedented, but it doesn’t stop there.”

The left-wing pro-Israel organization J Street also celebrated news of the bill’s approval but saw parts of it differently, celebrating the assistance given to the Palestinian Authority Arabs and funding for organizations working to promote multilateral diplomacy, in addition to the aid to Israel.

In a news release on Thursday, J Street highlighted newly added provisions that would require the State Department to ensure that the funding is being used in line with U.S. law and national security policies, to prevent the undermining of the prospects of a negotiated two-state solution.

“J Street will also continue to lobby for legislation to require stronger, more specific transparency measures and restrictions on the end uses of U.S.-sourced military equipment, including equipment bought with U.S. aid to Israel, to ensure that it cannot be diverted to support acts of creeping annexation or other violations of international law,” the group said.

“Restricting U.S. aid to specific purposes—and enforcing such restrictions—is also responsible, standard practice in the context of U.S. assistance to foreign countries. In the interest of fairness and accountability, it is necessary to avoid a double standard and ensure that Congress and American taxpayers have due visibility into, and control over, how U.S. aid is ultimately used by Israel, as well.”

Despite appearing in the bill for the first time, the language was not a concern for AIPAC as the verification process by the State Department has already been something that occurred anyway.

“We were in close consultation with committee staff and the administration throughout this process. We do not have a concern about this language, which merely codifies the current practice,” AIPAC spokesman Marshall Wittmann told JNS. 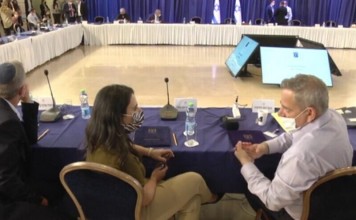 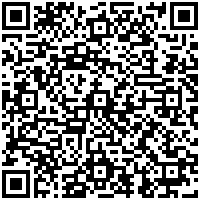