Following three and a half years of construction that began during the administration of then-Prime Minister Benjamin Netanyahu, the underground/aboveground Israel-Gaza border barrier is finally complete.


The 65 kilometer (40 mile) long barrier includes an underground component with sensors, an above-ground fence, a naval barrier, radar systems and command and control rooms to prevent infiltrations from the Gaza strip into Israeli territory. 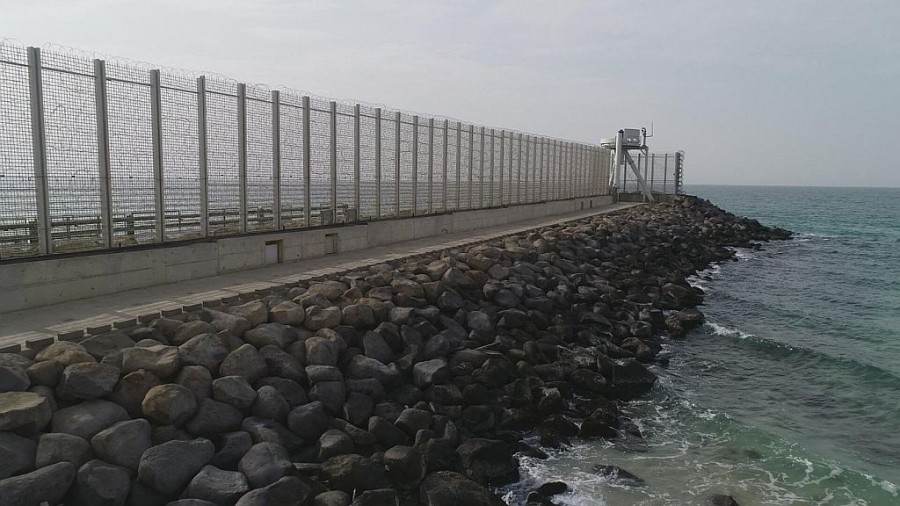 “The barrier, which is an innovative and technologically advanced project, deprives Hamas of one of the capabilities it tried to develop, and places an ‘iron wall’, sensors and concrete between the terror organization and the residents of the Israel’s south,” Defense Minister Benny Gantz said in a statement.

“This barrier will provide Israeli citizens a sense of security and will enable this beautiful region to continue developing and flourishing.

“Routine life here [in southern Israel], is our victory, and it is the greatest threat to terrorist organizations. We will continue to maintain our readiness to thwart any attempt to harm Israeli citizens, with an emphasis on rocket attacks from Gaza.

“We will also prevent the transfer of Iranian know-how and technology to Gaza, and will continue thwarting any attempt by Hamas to operate its affiliates in Judea and Samaria or anywhere in Israel. Their attempts have failed time and again.”

“In order to change the reality in Gaza, our demands are simple and clear – halting Hamas’ military build-up, long-term quiet, and the return of our boys [MIA],” Gantz added. “We are working tirelessly to achieve this. I advise Hamas to deal with these issues and not focus on threats.”

A ceremony was held today marking the completion of the barrier’s construction, in the presence of the Minister of Defense, IDF Chief of the General Staff, Director General of the Ministry of Defense, and additional Ministry and IDF senior officials.

The barrier includes 5 elements that complement each other:

1. Underground barrier with sensors
2. A “smart” fence (over 6 meters high)
3. A maritime barrier that includes means to detect infiltrations at sea and a weapon system that is controlled remotely
4. An array of radars and cameras
5. Command and control rooms

• The length of the barrier is about 65 km. Its construction lasted about 3.5 years.
• More than 1,200 workers were involved in its construction
• 6 concrete plants were established along the border with the Gaza Strip.
• About 220,000 trucks of concrete were used
• 140,000 tons of iron and steel were invested in the construction of the barrier
• The barrier includes hundreds of cameras, radars and other sensors

Although the military initially opposed the project, it was nevertheless planned and built jointly by the Ministry of Defense and the IDF.