A terrorist cell from the village of al-Khader on Monday threw Molotov cocktails at a road where tens of thousands of Israelis travel. Fighters from the Netz Company of the Nitzan Battalion identified the cell using a thermal hovercraft and captured them following a short chase.

In the documentation published by the IDF Spokesperson’s Office, a terrorist is seen arriving with a squad from the village of al-Khader, north of the town of Efrat, and throwing Molotov cocktails at Route 60, a major traffic artery.

Observers from the Etzion Regional Brigade directed the fighters who began chasing the terror cell on foot, and after only a few minutes managed to catch one terrorist and transfer him to the Shabak for interrogation.

IDF sources said that over the past year, the Nitzan Battalion’s soldiers have carried out about 90 successful ambushes, during which they foiled efforts to throw stones and Molotov cocktails at Israeli vehicles. 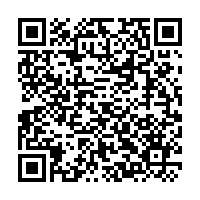