Israel’s Prime Minister Benjamin Netanyahu opened a special exhibit at the United Nations on Thursday, titled “3,000 Years of History: Jews in Jerusalem.” The exhibit, which was initiated by Israeli UN Ambassador Danny Danon and MK Ze’ev Elkin, Minister of Jerusalem, Heritage and Environmental Protection, includes archaeological artifacts related to the Jewish presence in Jerusalem over the millennia.


Among the archaeological finds on display in the UN headquarters are a 1,700-year-old signet ring / seal “belonging to the governor of the city” found in the Western Wall Plaza, a seal bearing the name of King Hezekiah from the 8th century BCE and a 7th century BCE seal with the inscription “the fifth to Netanyahu, his sons and his relatives.”

We also fight for security. I’ve had remarkable meetings in this week with the President of the United States; with the leaders of Congress: the Senate and the House, Republicans and Democrats alike; with a wonderful crowd at AIPAC – 18,000 strong; with 500 business leaders – I had a very simple message for them – invest in Israel, it’s the future; and I’ve had a wonderful meeting just now with Ambassador Nikki Haley. We call her ‘Hurricane Haley’. She does magnificent work for the truth and for the defense of Israel here at the UN.

While we fight for our security, we remember our rights. There is no better place to see our rights and truth than right here in the hall of the United Nations where we speak the truth and where we speak about the justice of Jerusalem. 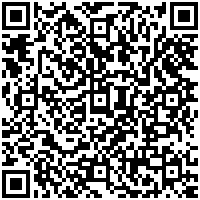