The Israel Defense Forces has developed an underground detection system that would allow it to uncover tunneling activity and thwart cross-border attacks emanating from Gaza, according to an Israel Army Radio report.

The system, dubbed “Strong Number”, has been developed under the aegis of the IDF Ground Forces Technology Division, and according to the Army Radio report, has been successfully tested by the IDF near the Gaza border over the last few months.

“The IDF believes that a solution has been found to the tunneling problem; we will soon be able to overcome this complex challenge, ” an IDF spokesperson told Army Radio on Monday. “What we have is a reliable system that seldom fails.”

Army Radio quoted a senior officer from the Technology Division as saying that the system is slated for experimental deployment along Israel’s entire 10 km border with Gaza by the end of this year. The project’s estimate cost is 200 million shekels, and Army Radio reported that the state plans on issuing a tender for private companies to bid on installing the system.

For years now, Palestinians terrorists have used an intricate tunnel system to mount sustained attacks on Israel. The terror cell that kidnapped Gilad Schalit utilized one of these tunnels, as have numerous other terrorists attempting to kidnap and kill Israeli soldiers. The tunnels are also used to circumvent Israel’s embargo on Gaza, allowing Hamas and other terrorist groups to smuggle rockets used to bombard southern Israel. The ‘Arab Spring’ has increased the danger of these tunnels, as weapons of greater capabilities are flowing freely from post-Ghaddafi Libya, while Egypt has just ushered in a new government that is expected to be far more sympathetic to the Hamas regime in Gaza.

Dr. Aaron Lerner of Independent Media Review Analysis (IMRA) said that the importance of this development cannot be overstated: “Until now problems with the efficacy of anti-smuggling operations on the narrow Philadelphi Corridor…was used as a trump card against proposals to retake the Philadelphi Corridor. After all, what’s the point of endangering soldiers and taking a lot of diplomatic heat if the smuggling tunnels continue to operate despite the Israeli presence.

“But if the IDF has come up with a way to detect the tunnels this means a dramatic shift in the equation,” Lerner concluded. 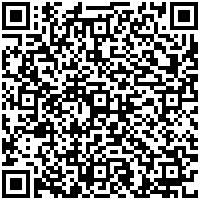