Prime Minister Benjamin Netanyahu warned Gaza’s ruling Hamas terrorist organization on Saturday night in the wake of attacks that continued through two days of “exceptional” violence from the enclave.

The proverbial “straw” that appears to have prompted the prime minister’s warning was an attack on Israeli soldiers by an armed drone from Gaza that bombed an IDF Humvee near the security fence in southern Israel – an obvious attempt to kill Israeli soldiers.

The drone attack was apparently a response to Israeli retaliation following a rocket attack on Sderot and surrounds late Friday night. Two women in the city were treated for trauma-related shock after a rocket narrowly missed a private home and exploded in an “open area,” igniting a large brush fire. A total of five rockets were fired at southern Israel, but it is still not clear where the other four landed.

In response, an IDF military drone attacked a single Hamas observation post near Beit Lahiyah, and an IDF tank shelled a Hamas outpost north of Beit Hanoun in retaliation for the rocket barrage, and also for the excessive violence that had taken place during Friday’s border riots.

“Hamas is responsible for all aggression emanating from the Gaza Strip,” Netanyahu said in his statement. “Any attempt to harm our citizens and our soldiers will be met with a forceful response.”

The subsequent attack by the Gaza drone prompted another Israeli air strike.

“IDF aircraft fired at a terrorist squad that launched a drone which crossed south of the Gaza Strip into Israeli territory,” the IDF said in a statement. The cell was struck in southern Gaza, near Rafah, according to Arab media.

“The apparently drone dropped a bomb in the area of the perimeter fence and returned immediately to the territory of the Gaza Strip. There are no injuries to our forces; there was minor damage to a military vehicle,” the IDF added.

Later in the day “troops detained three suspects who crossed the security fence in the southern part of the Gaza border, into Israeli territory,” the IDF said. The trio was picked up after the soldiers sealed off the area and “searched where the infiltration occurred. The suspects will be transferred for further questioning by security personnel.”

Another suspect was arrested shortly after, this time while attempting to cross into Israel from northern Gaza, armed with two knives that were found while searching him. He, too, was “transferred to security personnel for further questioning.”

The IDF retaliated in response to the attack by shelling the position from where the drone originated, and launching air strikes to attack Hamas naval combat equipment and its military compounds in northern and central Gaza. Airstrikes continued late into the evening on Saturday night. 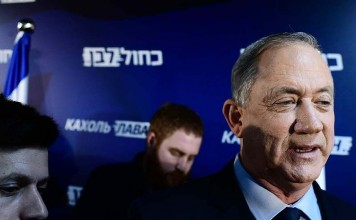