Sara Omer could never imagine that she and her young children would ever be active participants in heart-tugging Yom Hazikaron/Memorial Day ceremonies for Israel’s fallen soldiers and security personnel. After all, Sara had come to Israel at age 22 from Manchester, England, married the love of her life, Reuven and gave birth to three beautiful children… The Omers were living out their dreams, as a typical growing family in the Holy Land. But in Israel, one never knows what might happen when a soldier dons his/her uniform.

Like a thunderbolt out of the blue, Sara Omer’s world was nearly destroyed in 2008, when Reuven was killed in the midst of a training exercise as part of his IDF reserve duty. Sara now had to face life alone with her three young boys, twins, Nadav & Yotam who were six years old and Guy, then two years old. Yom Hazikaron became, “an especially, emotionally painful day for all of us.”


Sara, armed with typical British optimism and steely resolve, refused to let her world come apart at the seams.

During the rejuvenation process, the IDFWO (IDF Widows and Orphans organization) entered Sara’s life, providing her and the children with supportive programs and outreach services. Today, Sara and her teenaged children, are thriving.

“To say that the IDFWO have been lifesavers is an understatement. They have helped me and my children to rebuild our lives,” Sara proclaimed

For Sara’s sons, who are now teenagers, the camps and activities provide a cathartic experience that cannot be found in typical Israeli camps.

“They offer an essential opportunity for participants to experience a common bond,” Yotam Omer added, “The camps have enabled me to meet and become friends with children of all ages from all over Israel who have suffered the same tragedy as I have. We all understand each other’s pain and support each other.”

Sara also cited the various programs and activities which have allowed her to breathe and flourish. “For me, the annual widows’ retreat is incredibly important because it allows all of us to recharge our emotional and physical batteries for five days,” Sara revealed. Participants take part in inspiring lectures, workshops and trips by day, and are entertained by professional comedians, performers and singers by night. “All of the widows just need a few days of space and time to focus on themselves, especially the mothers who have to work and take care of their children all year long without extra help around the house, which can be physically, and emotionally trying at times.”

As difficult as it is for widows and their children on Yom Hazikaron, Sara and the kids look to find something uplifting and inspiring. “During the past several years, we have gone to the Knesset for a special Yom Hazikaron ceremony, where my children and others have gone on stage to sing with well-known Israeli stars and display their emotions in a positive setting,” said Sara. “For the families of fallen soldiers, these types of programs are so important.”

For Sara Omer and the thousands of other widows and orphans who must endure Yom Hazikaron, a simple hug or singing a song in memory of their loved ones offers a semblance of solace for their fallen heroes. 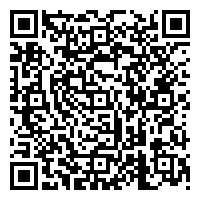