30 senior activists from Temple Mount groups and organizations around Israel recently convened an unprecedented meeting, and resolved to begin pooling their resources and work in coordination to attain their goals of expanding the rights of Jews on the Temple Mount.

Details of the planned projects were not released, due to the sensitive inter-religious issues that beset the Temple Mount, but Tmount.org reported that the projects will likely be launched within the next few months.

The increased activism comes in the wake of a scathing press release by the Zionist Organization of America (ZOA), which lambasted the Israeli government for its discriminatory treatment of Jews on the Temple Mount. The press release highlighted the measures police employ to ‘guard the calm’, including being “followed and filmed by Israeli police and representatives of the Wakf” and “arrests for ‘crimes,’ such as – praying, even silently if one’s lips are moving.” 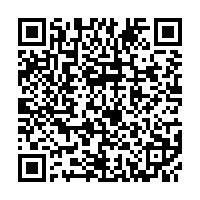