The Steering Committee for Making Higher Education Accessible to Students of Ethiopian Descent mapped out the primary obstacles to integration into the higher education system, including the lack of pre-academic information, a low percentage of holders of matriculation certificates that meet the threshold set by the universities, and a high dropout rate between first and second year.


The new CHE program offers support starting at the pre-academic stage and continuing on to bachelor’s degree studies and advanced degree studies.

When achieved, this will represent an increase of approximately 40 percent in the number of bachelor’s degree students, from 2,500 to approximately 3,500 within five years.

Planning and Budgeting Committee (PBC) Chair Prof. Yaffa Zilbershats stated that the PBC “has defined making the higher education system accessible to unique populations a central goal in its work plan, with an emphasis on persons of Ethiopian descent, the ultra-Orthodox, and Arabs.”

She said that Israel must open the doors of higher education “to all social groups and sectors and promote true equality, permitting every student in Israel to realize his or her talents, irrespective of his or her ethnicity or where they live.” 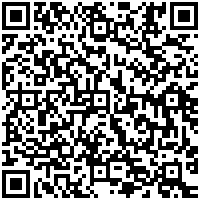