The IDF and US Cyber Command last week held their fourth Cyberdome exercise, preparing for cyber-attacks from hackers threatening the national security of both countries.

The drill was part of the annual training program planned between the IDF and the US Cyber Command and constitutes part of the strategic partnership in cyber-security defense between Israel and the US.

In an effort to ensure the supremacy of Israel and the US in the cyber realm, the exercise reviewed cyber responses to hacker attacks and a variety of cyber challenges common to both countries.

Israeli military attaché to the US, Yehuda Fuchs and Head of the Cyber ​​Defense Brigade, Brigadier General D., observed the forces operate and evaluated their work.

The IDF Spokesperson’s Unit said in a statement that the international drills are important for maintaining the troops’ high level of operational skill.

“The Cyber-defense and Telecommunications Division practices and will continue to practice with various foreign cyber-defense entities to maintain its skill and preparedness, strengthen the armies’ connections and shared interests and encourage joint learning between the organizations,” the statement read.

Major General A., commander of the Israeli forces during the drill, said the drill is an example of the strong strategic partnership and excellent cooperation between Israel and the US.

“The exercise reflects the intimate and strategic partnership between the countries and armies in the realm of defensive cyber. Over the past week, and during the planning process, IDF forces and their American counterparts worked shoulder to shoulder, keyboard by keyboard, and challenged themselves in a variety of scenarios and situations relevant to the daily routine we face,” he said. 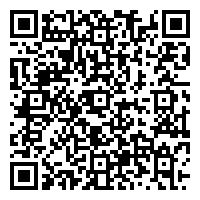