Israeli authorities located the ship responsible for dumping crude oil into the sea which landed and covered the majority of Israel’s beaches.

Minister of Environmental Protection Gila Gamliel announced Wednesday that the ship responsible for the pollution off the coast of Israel was identified.


“We got our hands on the criminal ship. Our long arm will reach everyone who harms our nature, the sea, and our beaches,” she declared. “We located the crude oil tanker that polluted the shores of Israel. It is Libyan-owned and carried cargo from Iran to Syria. We will bring the environmental criminal who polluted the shores of our country to justice, and demand compensation on behalf of all Israeli citizens.”

“This is a crude oil tanker named Emerald, Libyan owned and operated, which carried cargo, in a pirated manner, from Iran to Syria. The ship flies the Panamanian flag. Iran is waging terrorism not only by trying to arm itself with nuclear weapons or to establish itself on our borders. Iran is waging terrorism by harming the environment. Our fight for nature and animals should be cross-border. Together, we will consider the person responsible for environmental terrorism who committed a crime against humanity. We will continue to rehabilitate the damaged beaches and animals that were harmed. Together we will triumph and remove pollution from our country’s shores.”

The ship turned off its tracking system when it was near Israeli waters, when it was dumping the crude oil into the sea.

170 of 190 km of Israel’s coast were covered with tar and damaged in an ecological disaster last weekend, the worst environmental disaster in Israel decades.

Solid and semi-solid tar from an unknown source covered the majority of Israel’s beaches. It is estimated that a ship dumped hundreds of tons of tar that was brought over to the beaches by the massive winter storm.

Dead marine animals have been washing up on Israel’s beaches, including a 17-meter baby fin whale.

This form of pollution requires people to move across the beaches and separate the tar from the sand by hand.

Israel has allocated NIS 45 million to treat the disaster.

The spokesperson for the Ministry of Environmental Protection released the following report:

No source had advance information about a suspicious stain that led to the incident, which was first discovered only with the landing of the lumps of tar Israel’s shores on February 17. Therefore, all event analysis is retrospective, using tracking of ship data and satellite imagery.

The investigation team formulated the following situation: The Emerald tanker is old, about 19 years old, and therefore can not be received at European or US ports. It carries 112,000 tons of crude oil. The tar spill incident occurred between the 1st and February 2, within tens of kilometers of the shores of Israel, in Israel’s economic waters.

European satellites found retrospective documentation of a stain on February 5, which could be associated with the tanker in question, tens of kilometers off the coast of Israel. This stain may be an early incarnation of the stain that was discovered on the 11th of the month about 50 km off the coast of Israel, and according to the models from this location, lumps of tar landed on the shores of Israel.

Laboratory tests of the samples taken by the Ministry of Environmental Protection immediately controlled the incident and in the following days revealed that it was crude oil, and therefore the list of potential suspects was reduced from about 35 ships to four tankers: two tankers were excluded due to their location in the days before the incident; Another tanker was inspected in Spain by a local team as well as in Greece by the Israeli investigation team and was completely ruled out as a source of contamination, and the fourth tanker, now in Iran, was the one identified as the cause of the incident.

Analysis of satellite images and models run by researchers from the Ministry of Environmental Protection, the staff of the Institute for Marine and Lake Research and the staff of the Israeli company Windward show that the ship smuggled crude oil from Iran to Syria. The tanker left the Iranian region when it was “dark”, without an AIS system (automatic positioning system). Before the Suez Canal, she turned on the devices, crossed the canal in the Egyptian area, and before entering Israel’s economic waters, turned off the system again.

It should be noted that during this period of time, in retrospect, two more spots were discovered on the area in the area where the ship was between Cyprus and Syria. The ship returned to Iran again in the same way of darkening the instruments in Israel’s economic waters, until it reached a port in Iran, where it is currently anchored.

The Ministry of Environmental Protection, together with the Shipping and Ports Authority, will ensure that the State of Israel demands compensation from the International Fund (IOPC 1992) and also addresses the insurers of the Emerald tanker.

“As an Israeli company for which the sea is important, we mobilized from the first moment to assist the Ministry of Environmental Protection in locating the source of the disaster, and donated the use of our system voluntarily. The Windward system and researchers provided quality intelligence based on artificial intelligence,” said Ami Daniel, CEO and founder of Windward. 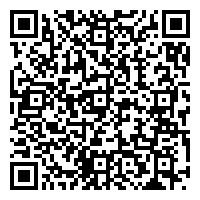