Dozens of teachers and principals in the education system of the Arab sector in Israel have been caught inciting against the Jewish State and IDF soldiers, in and out of class, Israel Hayom reported Friday. According to the Ministry of Education, disciplinary measures have been taken against 12 of them, one principal and two teachers were fired.

The war against incitement during class is part of the war over the narratives in Palestinian Authority schoolbooks which are being used in some schools in eastern Jerusalem. Education Minister Naftali Bennett (Habayit Hayehudi) has stated that he would use an iron fist against Arab incitement.


“We will not allow incitement in the education system,” Bennett said. “Our policy is consistent: any incitement against the State of Israel, Israeli citizens, or the IDF will be met with the full severity of the law.”

The Enforcement Division at the Ministry of Education’s Licensing, Control and Enforcement Department, which monitors educational contents in schools in eastern Jerusalem and elsewhere in the Arab sector, in recent months has dealt with a large number of cases in which principals and teachers incited against the State of Israel and the IDF. the Ministry of Education’s reports include a list of cases of incitement by teachers.

A significant number of incitement incidents take place in eastern Jerusalem, where some of the schools are operated with assistance from PA associations that receive funding from Arab countries such as Qatar. There school principals and teachers follow directives from those associations, and run school events such as salutes to martyrs and even staged funerals for martyrs.

According to the report, during an educational activity held in an Arab school in Israel, students engaged in simulating a security court, where children dressed up as Arab terrorist prisoners recited anti-Zionist poetry while their friends, dressed as Israeli security forces, looked on.

The school principal and another teacher in Beit Hanina, an Arab neighborhood in eastern Jerusalem, were fired after staging a play in which one of the students dressed as an Israeli soldier recruited a collaborator and fired at another student who was a “martyr.”

In a school in Umm al-Fahm, a city in the Haifa District, a teacher of Religion and Islam was caught inciting his students, and in response the Ministry of Education revoked his employment permit.

In another case, a teacher who was employed without a permit at a school in Ilut, an Arab local council in the Northern District of Israel, was caught inciting, and it was decided not to approve his employment.

In recent years, the Education Ministry has been trying to combat the incitement against the state by teachers in the Arab sector. In some cases, investigations have been launched of teachers who carried their message not only to their students but also on social networks. 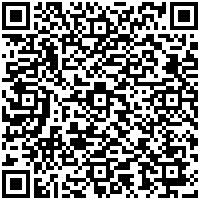