The bloody and seemingly endless civil war in Syria has taken a new twist over the past month, with reports that Russia has started to significantly beef up its military presence to help its longtime ally, Syrian President Bashar al-Assad, continue his fight against rebel groups and terrorist organizations like Islamic State.


“Israel and Russia share a common interest to ensure stability in the Middle East. And I am here because of the security situation which is becoming ever more complex on our northern border,” Netanyahu told Putin in public remarks, adding that he wished “to clarify our policies, and to make sure that there is no misunderstanding between our forces.”

Netanyahu’s visit highlights “Israel’s serious concern about the possibility of advanced weapons reaching Hizbullah, as well as concern that Israel will accidentally clash with the Russian military,” Anna Borshchevskaya, the Ira Weiner Fellow at the Washington Institute for Near East Policy think tank, told JNS.

Russia reportedly has deployed weapons and military personnel to an airfield near Latakia, Syria, a stronghold of the Assad regime. Photos appearing in the UK Daily Mail suggest that Russian soldiers have been in Syria since at least April, and satellite images indicate extensive construction around Syria’s Bassel al-Assad International Airport.

The Russian moves come as Assad has suffered a series of civil war setbacks in recent months. Over the summer, Syrian government forces lost the Idlib province to rebel groups and the ancient city of Palmyra to Islamic State. The setbacks led to the uncharacteristic admission by the usually cocky Assad that his forces are suffering from “fatigue.”

While Russia has not elaborated on its military buildup, its government confirmed to Reuters on Sept. 9 that “experts” were assisting with Russian arms deliveries to Syria for the purpose of “combating terrorism.” Other reports suggested that Russians are taking part in military operations in Syria.

A Lebanese source familiar with the situation in Syria told Reuters the Russians “are taking part in military operations. It is more than an advisory role.”

U.S. Secretary of State John Kerry has repeatedly sought to clarify Russia’s intentions in Syria and has warned his Russian counterpart, Foreign Minister Sergey Lavrov, that Russia’s actions could “further escalate the conflict” and “risk confrontation with the anti-ISIL (Islamic State) coalition operating in Syria.”

Borshchevskaya believes that Putin, through his buildup of Russian forces in Syria, “is advancing an idea for an international coalition to fight ISIS (Islamic State), but in reality he only wants to keep Assad in power and deflect attention from the crisis in Ukraine he created.”

“By pointing to ISIS as a greater common enemy, he will advocate that the West set aside differences over Ukraine,” Borshchevskaya told JNS.

Russia has been a supporter of the Assad regime since the Cold War, when the Soviet Union backed Hafez al-Assad, Bashar’s father, who ruled Syria until his death in 2000. Russia continues to maintain its Soviet-era naval facility in the Syrian coastal city of Tartus – its only such base outside of the boundaries of the former Soviet Union.

“Ensuring that Assad is in power protracts the Syrian conflict and ensures Putin influence in Syria and the Middle East, at the expense of the West,” said Borshchevskaya. “Also, given Russia’s dire domestic problems – economic recession, population decline, unsustainable military spending – he is pointing to an external enemy.”

For Israel, Russia’s buildup in neighboring Syria is a major concern. Netanyahu was expected to discuss with Putin the threats posed to Israel from the increased weapons flow to Syria as well as the transfer of deadly weapons to Hizbullah and other terrorist organizations. 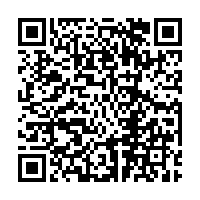